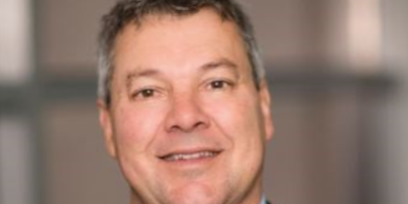 The Australian Manufacturing Forum and @AuManufacturing’s campaign to crowd source a new deal plan for manufacturing in Australia has focused on SME views. Today Mark Vassella, managing director and CEO of BlueScope Steel, focuses on trade, energy and infrastructure plus more.

The disruption of global supply chains as a result of the COVID-19 pandemic has rightly focussed attention on Australia’s vulnerability in a time of international crisis.

One obvious result of this shock to the system will be an expansion in domestic manufacturing of pharmaceuticals, medical and personal protective equipment, as well as stockpiles of these goods.

Debate has also resurfaced about Australia’s domestic fuel refining capacity and the adequacy or otherwise of current reserve arrangements.

While the deaths and illnesses resulting from COVID-19, and the severe impact of the pandemic on almost every aspect of life are rightly at the front of our minds, from adversity can come opportunity.

For example, Australia is already a global scale exporter of food and fibre products. There will be opportunities to further expand our exports by leveraging Australia’s world-class biosecurity and product standards and our reputation as a ‘clean and green’ supplier.

Biotechnology firms are another potential beneficiary, as are online providers of goods and services.

Clearly, however, as an open but isolated trading nation with a small domestic market, Australia will never be self-sufficient in every manufactured good. Nor should we seek to be.

Trading in global markets allows Australians to purchase a wider variety of goods at lower prices and is also critical for our export industries.

The largest of these industries – the minerals sector – has seen many of its exports remain strong during the crisis, delivering valuable foreign currency earnings and underpinning government revenues through royalties and taxes.

It is unlikely, though, that any of the global car manufacturers would seek to restart automotive manufacturing in Australia, even with generous government support. Nor it is likely that Australia could ever compete in industries such as low-cost textiles, clothing and footwear manufacture.

Governments are rising to the challenge.

But that doesn’t mean there is no role for government in encouraging competitive manufacturing firms and investment. Data repeatedly shows that manufacturers pay higher than average wages, invest more in research & development, and have strong multiplier effects on the rest of the economy.

There are two key roles for government in helping manufacturing firms recover from the impact of COVID-19 and making Australia a more attractive place to invest.

The first is to act as a bulwark to prevent otherwise healthy businesses from failing as a result of the economic slowdown being imposed by government fiat.

This will help people keep their jobs and ensure firms are in the best shape to accelerate their operations as shut down measures are eased.

Governments in Australia have mostly acted quickly and effectively to shore-up employment and livelihoods, and to look after those affected by the virus in both health and economic terms. For that we should be thankful.

The Federal Government’s JobKeeper scheme was introduced in record time and is of a scale and coverage that will help many firms – especially in sectors such as retail and hospitality that were hit hard and early by shut downs – to hold on to their employees.

Anecdotal data from the sector suggests that while March saw strong sales, with some customers bringing forward orders and stockpiling, sales of new houses and apartments slowed in late March and early April, as shut downs and social distancing measures took effect.

This decline in sales of houses, apartments and commercial property is a leading indicator of a fall in sales likely to be seen by building products manufacturers around mid-year.

JobKeeper payments are legislated to end on 27 September 2020. However, government needs to monitor the performance of key sectors and be prepared to extend this support if downturns are delayed or longer than expected.

The second role for government is to bring forward infrastructure projects to stimulate economic recovery and fix market failures that have dulled Australia’s reputation as a place to invest.

This can be done by accelerating projects such as public and affordable housing, roads and railways, energy generation, transmission and distribution infrastructure, and water infrastructure.

Governments could also bring forward investment in greenhouse gas reduction projects in the manufacturing sector. BlueScope supports the Paris agreement and has set a target of a 1% year-on-year reduction in GHG intensity at its three major steelmaking sites globally between 2018 and 2030 (last year we achieved 1.2%).

While our focus on sustainability will continue during the crisis, co-investment by government would be especially welcome at a time when capital budgets are tight.

Accelerating bushfire recovery construction will not only benefit those affected, but keep building trades busy and support building products manufacturers.

Some governments have already announced infrastructure stimulus projects, but in a ‘Team Australia’ spirit there will need to be an effort to ensure the benefits of this spending flow through to domestic manufacturers.

In the steel industry, we have well capitalised global scale domestic steel manufacturers, and large building and construction firms, many of them multi-nationals.

But the firms in the middle of this supply chain – such as those fabricating steel to make a range of steel structures – are often small and medium business with more limited access to capital and technology. These firms are relatively labour intensive, tend to be clustered in regional Australia, and support an ecosystem of local suppliers and sub-contractors.

Government measures to support investment by fabricators where there are identified capacity or capability gaps would shore up a vital link in the building & construction supply chain.
On the supply side, speeding up approval processes so that building and construction currently in the planning stage can get started more quickly is critical.

The current crisis also provides an unparalleled opportunity to review tax arrangements in the housing sector, including stamp duty and land taxes. Reforms should include temporary and targeted tax cuts to encourage new house building.

In recent years one of Australia’s key competitive advantages – abundant low-cost energy – has been whittled away by a combination of regulatory failure, insufficient competition and supplier greed.

Although gas and wholesale electricity prices have fallen as a result of the COVID-19 induced fall in demand, these regulatory and structural factors risk seeing prices rebound to unsustainable levels once the recovery is underway.

Australia’s energy advantage must be restored, including through welcome measure such as the Federal Government’s UNGI program to underwrite new investment in dispatchable low emissions generation, and investment in electricity transmission & distribution infrastructure.

After eight reports by the ACCC on the dire state of the gas market for domestic customers, government should act on previously flagged but delayed reforms. This includes adding a price trigger to the Australian Domestic Gas Security Mechanism, so that more supply is injected into the domestic market if prices are persistently higher than international benchmarks.

The announcement last month (March 2020) by the Victorian Government that it would permit the development of conventional on-shore gas reserves is very welcome but given the current crisis the July 2021 start date is too far away and should be brought forward.

Manage trade and mind your language

At a time of global economic turmoil, it is important that Australia does not weaken trade measures that prevent injurious dumping of goods into the domestic market. While there may be a case for reducing or suspending some import charges to aid recovery, anti-dumping duties that have been imposed after investigations by the Anti-Dumping Commission must not be waived.

Large stockpiles built up by some foreign building products manufacturers during the crisis could be dumped in markets such as Australia. The most effective WTO instrument to combat such dumping is safeguard measures, but they are moribund in Australia having last been applied in the 1990s.

Government and industry should discuss how such measures could be implemented quickly if needed.

The language of governments in describing the likely duration of current social distancing measures is also very important. Governments need to start communicating more clearly about their shut down exit strategies and the epidemiological sign posts that will see current restrictions eased.

Confidence is critical to Australia’s economic recovery, but talk of extended shut downs, or unspecified ‘lockdowns’ at some future time does little to inspire it.

Finally, it is vital that manufacturers and their customers are permitted to keep operating, provided they can do so safely in line with the advice of health authorities.

Large manufacturers are capital intensive, have high levels of automation, and low employee density on the shop floor.

They have been at the forefront of employee health & safety for many years and are well used to enforcing strict standards and instilling a proactive safety culture amongst employees.

If manufacturing is supported to thrive, it will not only temper the economic downturn, but also set Australia up for the much stronger economic growth that will be needed to pay down a generation of debt as a result of this pandemic.

Mark Vassella is managing director and CEO of BlueScope Steel, one of Australia’s largest manufacturers of premium coated and painted steel products, with an operating footprint across 18 countries worldwide. He began his career as a cadet at BHP Newcastle in NSW, and has held a number of senior executive roles in industry.