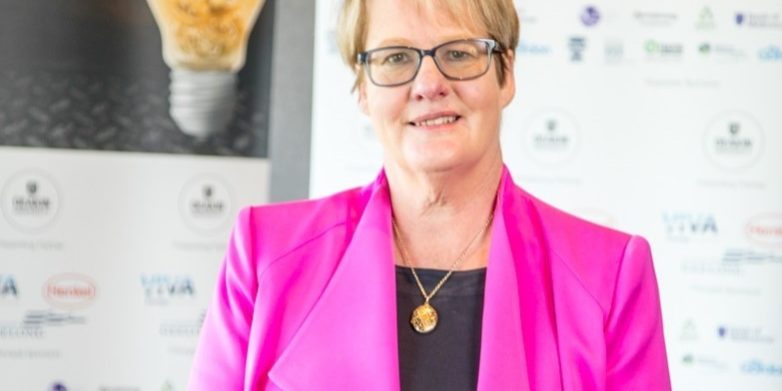 The Australian Manufacturing Forum and @AuManufacturing’s campaign to crowd source a new deal plan for manufacturing is in its final day. Lyn George closes it out, sharing ways to back the brilliant ideas that could reshape entire industries via some lessons from the manufacturing heartland of Geelong.

The current Covid-19 crisis has brutally exposed Australia’s over-reliance on imports and global supply chains. But even with manufacturing capability at an all-time low, numerous companies were able and willing to step up to supply critically needed essential supplies, whether it be ventilators, personal protective equipment sanitiser or other items.

One must ask how Australia ever let its manufacturing capability and expertise atrophy to current levels.

Geelong is a case in point. In the 1960s it was a thriving manufacturing town with companies such as International Harvester, a myriad of textile companies and of course Alcoa, Ford and their supply chain companies. A series of economic shocks including reduction of tariff reductions in the 70s, the departure of the automotive industry, and a high Australian dollar linked to the mining boom, has brought manufacturing in Geelong to its knees.

Now is the time to formulate a vision and clear policy settings at all levels of government to encourage advanced manufacturing, innovation and entrepreneurship. The formation of a task force to advise on the future of manufacturing in Australia is  a great first step.

This is not about “picking winners” but rather building on key building blocks such as collaboration between industry and research institutions, government purchasing power directed toward buying local, incentives to boost industry investment, particularly in such areas as increased R&D spending on early-stage innovative companies, and promoting the adoption of new approaches such as Industry 4.0 and the circular economy that disrupt traditional supply chains and ways of doing things. Such a transformation and opportunity to develop new technologies, strategies and products will only be accelerated when we seek to adapt to the “new normal” after the current crisis is past.

Even before the crisis, there had been encouraging signs in the Geelong manufacturing landscape that build upon the themes outlined above.

Geelong is not just a great place to live and work. It is large enough to have a diverse range of manufacturing companies and small enough to encourage networking and the sharing of ideas and knowledge, promoting a tangible eco-system of cooperation and innovation. Other key parts of the Geelong story are Deakin University, which has pioneered research and industry collaboration, and the City of Greater Geelong with its “Clever and Creative” vision and willingness to act on its environmental and sustainable ideals.

Austeng has undergone its own transition over the last five years from being very reliant on the automotive industry (Ford being our biggest client) to working with startup companies and universities, taking their concept or idea, and turning it into a prototype or commercial production facility to prove to the outside world (usually potential investors or grant bodies) that the technology works in the “real world”. This involvement has brought home how difficult it was for early stage companies to attract funding. These startups can usually attract initial capital to fund the building of a prototype, but then there is a significant gap between this stage and the de-risking of the technology and gaining initial customers.  Only in the latter case is there interest, usually by venture capital companies.

A number of the startups we are working with are about to go to the next level. Funding remains a struggle for the remainder. There just doesn’t seem to be the culture of risk willingness to invest in startup companies that you see in Europe and the USA.  As has been said many times before, Australia is not lacking in ideas: we rate highly in patent applications but very badly in commercialisation.  Our good ideas either go overseas or expire in the commercialisation “Valley of Death” because they run out of money. Early-stage incentives for startups, such as ESIC, have been welcome, but don’t cut to the core of the issue – how to fundamentally change the investment culture in this country to back ourselves.

One way would be for the government to provide top-up funding to the Future Fund (see also the Medical Research Future Fund) to invest in early-stage startups. What better way to invest in the future of Australia than via its innovative young businesses?

Of course, the Future Fund (valued at approximately $168 billion) doesn’t have anywhere near the funds of say Norway’s (almost $ 1 trillion) sovereign wealth fund

In addition we could engage with Australian superannuation funds. Australia leads the word in both mandated employer contributions (now 9.5 per cent) and tax incentives for employees to place money into these funds. The result is a trillion plus dollars in various superannuation funds locally.

If it was mandated that a small fraction of those funds be placed into a special account (where each fund would no doubt have their own highly qualified selection committees in place) to invest in early stage startups this would completely transform the space. There would (as with such investments) be a portion out of, let’s say, ten investments that fail, a couple of more that make a small return, but the last couple that potentially really make it worthwhile in terms of investment returns and in creating on-going economic prosperity and jobs in Australia.

Another area ripe for reconsideration is government procurement policy. The economic power of government purchasing at the federal, state and local levels is immense. It is, however, incredibly frustrating that such policies often “miss their mark” and lack teeth, leading to large contracts being awarded to overseas companies even where there is a relatively small differential in margins.

A powerful example of how this buying power can be exercised is the concept known as Forward Procurement for Innovation. This approach, pioneered in the UK, uses the substantial buying power of the public sector to encourage innovation, usually in the clean tech context.

As a result of the City of Greater Geelong utilising this process and putting forward a project requiring a 100 year + maintenance-free pedestrian bridge, a consortium of Austeng, Rocla Australia and Deakin University were encouraged to put forward an innovative solution, which was subsequently adopted. The solution is based around a combination of materials which utilises geopolymer (incorporating partly recycled materials ) reinforced with fibre. The combination of materials creates a novel eco building product with superior strength

This initiative has encouraged the development and refinement of a product that is  now at the point  where it will be rolled out later this year in the form of a world-first bridge construction using these materials.

There are more than 160 council-owned buildings in Geelong, and over 550 councils Australia-wide. Many are already showing huge interest in this project. The next step would be to set up a geopolymer batching plant in Geelong with research provided by Deakin University.

From there, “the sky is the limit” if the eco advantages of the geopolymer  product become recognised by the private sector. Reinforced geopolymer could easily be extended to building structures.

Innovative companies and the technologies they generate can transform industries. Illustrative of this are some of the companies we closely work with . These include:

– Imagine Intelligent Materials – after this company built Australia’s first commercial graphene plant in 2015, it  has become a world leader in delivering large-scale surface sensing using graphene, currently developing  sensing for “smart buildings” such as a sensing floor and processes to generate data from these surfaces. It recently received a grant from the federal government through its Defence Innovation Hub to incorporate graphene into body armour with the aim of enhancing soldier safety.

– FormFlow has developed a corrugated iron bending process which bends at precise angles to remove the need for roof flashing and capping, with attendant cost and eco-efficiency benefits, and will ultimately  facilitate the development of new building products. It has particular applications in reducing fire risk as well as low-cost housing.

– Capricorn Power has developed a waste heat to energy technology that is two to three times more efficient than existing technologies, enabling local, smaller scale solutions.  After building a prototype it is now working on a commercial-scale production model to prove the technology.  It has recently signed an MOU with a ASX company for a feasibility study on a bio-energy plant using organic matter as the waste source and disposing of it via pyrolysis. This creates bio-char as a valuable by-product as well as extracting waste heat for conversion into electricity. This is just the start but funding is still on-going.

– Textile Composite Industries has developed a decortication method to process and separate fibre from the woody core of the hemp plant,  making the operation  much more efficient and cost effective, and pointing the way to a potential reinvigoration of this industry. After worldwide interest the company has exported three machines to North America and is poised to take the next step in expansion. Again, it depends on outside funding.

Polymeric Powders Company (PPC) has created proprietary technology to produce plastic-rubber composite material as a master batch for end-user product manufacturing. This composite has the advantages of increased shock absorption, increased resistance to cracking and increased insulation for manufacturers versus pure plastic. PPC’s technology is also geared to incorporate inputs purchased from recyclers of rubber (such as tyre crumb) and recyclers of plastic (such as plastic flakes).

The company has undertaken extensive Research & Development   including independent testing and verification, and is awaiting investment funding in order to be able to scale up to commercial production

Imagine where these five companies could be in five years – potentially listed on the ASX and transforming industry sectors, creating jobs and generating growth along the way.

Conversely, without the appropriate investment and other incentives, these companies (and countless others like them) could easily fall by the wayside. If we want to reinvigorate manufacturing and rebuild our economy post-Covid, we need to find better ways to back our innovators.

Lyn George is Chair of the Geelong Manufacturing Council and co-owner/director of Austeng.