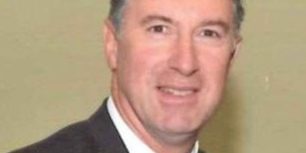 Australian Manufacturing Forum member Shane West saw the news headline that Christian Porter had been ‘demoted’ to the industry portfolio. Here he argues that this says it all about what is wrong with Australia today.

The ministerial reshuffle fundamentally shows what is wrong with the Australian federal government – a disregard for Industry, Science and Technology at a time when these three fields are of the utmost importance to our transitioning economy.

At last we had an able and enthusiastic minister in Karen Andrews.

Andrews not only had a background as a mechanical engineer and worked in energy generation, but believe it or not, she actively fostered manufacturing industry.

There were contributions, such as, helping initiate the Turnbull government’s $1.1 billion National Innovation and Science Agenda.

Previously having served in government in trade and industry roles for six years, Andrews had the ideal background to support the transition on energy and industry.

Whatever his talents as attorney-general and minister for industrial relations and social services, the same cannot be said of the latest industry minister Christian Porter.

Will he have his mind on the important job ahead, or will he be self-absorbed with his pending controversies?

I suspect the latter. He could even follow in the footsteps of one recent minister who who was known by some as the minister for de-industrialisation.

Examples of opportunities recently lost include:

For twenty years Australian Governments have embraced the Adam Smith approach to managing the economy, and not the successful approach of policy active government economies, such as Singapore and China.

Our short-term vision has led to a poorly balanced economy that needs to be restructured, making it obvious that we must take a different path and that we should learn quickly.

The UK Automotive industry with the UK Government and unions initiated change in 2008 and saved their industry. We did not learn from that.

They took a battered industry and looked to the positives, turning it around to their credit.

Similarly, in the US who had GM and Chrysler bankrupt in 2010, they developed successful turn- around strategies. The US treasury adopted measures very reminiscent of the Button plan of 1985, where joint production of components has taken place between the big three and GM.

In five years, GM repaid the US Treasury its staggering $48 Billion debt.

The same sort of turnaround is very possible here. However, we need an active Government/industry partnership to re-balance our economy on many fronts and the current mind set needs to change.

I agree with Turnbull’s concept of an economy that is agile, bold and bouncy.

However, leadership is required to do that from the Prime Minister and Minister of Industry down. Furthermore, a complete overhaul of the Department of Industry needs to be undertaken.

To grow Australian enterprises, we must support one another and establish joint benefit linkages, like the US/Button plan models. Having an active Government to facilitate this is a must and a Department of Industry that can function on behalf of Australian industry is an imperative.

I am hoping that we can implement change and get the country bouncy and back into a positive mantra.

We need an immediate focus and a promotion, not a demotion on the big three – Industry, Science and Technology.

Shane West is a director of ESA Distribution and Insite Industries and a sustainability leader. He is a manufacturer of sustainable products that reduce carbon footprints. Shane is a former professor in building and construction management at the University of Canberra.