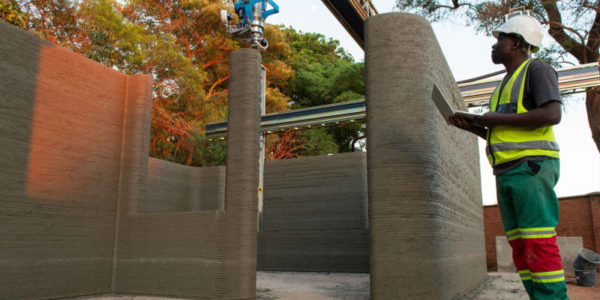 In an announcement on Wednesday, the two companies said COBOD’s additive manufacturing process, which extrudes concrete based on a programmed design, could “carve months” off construction time for a house.

“This world-leading technology is the disruptor conventional building needs. It is not only the future of construction, it is the now,” said Fortex CEO David Lederer.

COBOD (a contraction of “construction of buildings on demand”) printed its first building in Europe in 2017, and has projects on six continents.

The company recently announced that GE Renewable – with which it has conducted development work since 2019 – had become an investor. COBOD’s machines have been used to build wind turbine bases.

The statement said single and multiple-storey domestic projects were the focus, but concrete and mortar prints outside of homes were possible, citing wind turbine towers.

“This arrangement, together with our new distribution partners Siam Cement in Thailand and KA Bina in Malaysia and our new regional office in Malaysia, will mean that we penetrate the growing market in Asia Pacific even further,” said Simon Klint Bergh, Regional General Manager for COBOD Asia Pacific.

According to the announcement, the first printer would arrive in Australia in Q4, with equipment “available for immediate order”.

It follows news early this year that Australian company Luyten created what was claimed to be the Southern Hemisphere’s first 3D printed house.

According to Luyten, its “heptapod structure” was printed in December in two days out of an eco-friendly 3D printable concrete and assembled on a third day.