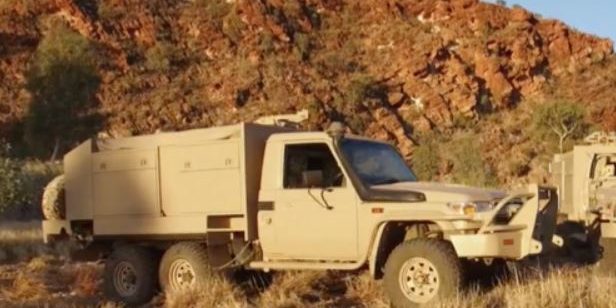 Indigenous-owned vehicle customiser Australian Expedition Vehicles has teamed up with a UK company to produce a fully armoured version of the ubiquitous Toyota 4×4 pickup truck, according to reports.

AEV and the UK’s Jankel integrated technologies from both companies to produce a protected vehicle with a high wheel clearance according to a report in armyrecognition.com.

Queensland-based AEV provided its dual-cab military pickup design believed to be based on its Australian Patrol Vehicle made for military use (pictured).

The 5.8 tonne vehicle has a payload of 1.5 tonnes and will likely be offered as an after-market conversion.

Jenkel Group’s Andrew Jankel said: “We’ve developed this new pickup variant of our Hot Formed Armoured LC200 as a result of receiving an order from an existing customer.

“As a first of its kind I can immediately see other users of armoured fleets becoming interested in similar conversions that add capability and flexibility.”