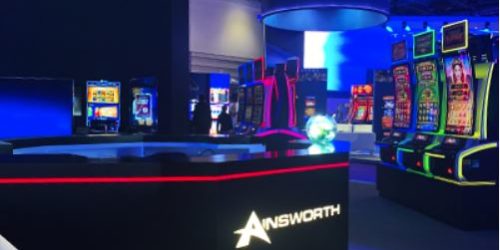 Poker machine manufacturer Ainsworth Game Technology has reported a loss for the 2021 financial year on revenues that are recovering from the depths of the Covid-19 pandemic last year.

The Sydney company released a selection of unaudited results today.

Revenue for the second half is expected to be $88 million, up from $72 million in the first half.

Operating profit for the second half is expected to be $14.4 million, compared to an estimate of $13.2 million released to investors in May.

Total Australian revenue for FY21 was $39 million, up from $28 million in the prior year.

However while the results showed improvement from the depth of Covid-19 when gambling venues closed worldwide, Ainsworth chose to remain ‘prudent’.

It said there were additional risks to future cashflows including the potential detrimental impact of the Delta variant.

“As a result AGT will record an additional non-cash impairment charge in 2HFY21 of $10.3 million against the value of these assets in the FY audited result.”

This impairment plunged AGT into the red for the year, with an estimated pre-tax profit considered likely of $2.6 million.