Alan Finkel: how a late-night phonecall in 2016 triggered ‘incredible progress’ on clean energy 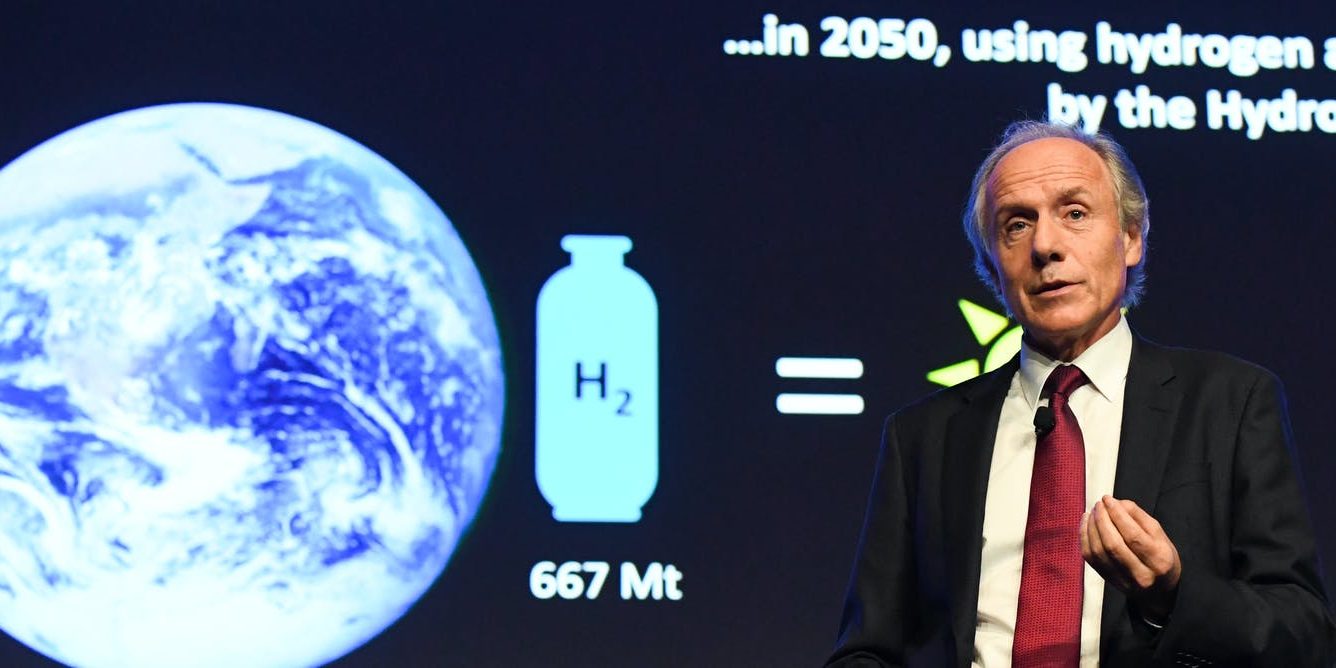 By Alan Finkel, Office of the Chief Scientist

Like so much of what I have done as Australia’s Chief Scientist, the electricity market review of 2017 was unexpected.

I was driving home after delivering a speech late one night in October 2016 when then federal energy minister Josh Frydenberg called and asked if I would chair a review of the National Electricity Market.

The urgent need had arisen as a consequence of the South Australian power blackout and ongoing concerns about the evolution of the electricity market. The call was brief; the task was huge.

This was new territory for me. While I have a PhD in electrical engineering, I had no specific interest in power systems. I had previously taken a business interest in green technologies. I had started a green lifestyle magazine, I had invested early in green technology stocks (and lost a small fortune), been involved in an electric car charging company, and I drove an electric car. I was an engineer but my work was in micro-electronics, at the scale of brain synapses. Large-scale power engineering had been my least favourite subject.

Now, it is close to my favourite. Work on low-emissions technologies has occupied a significant portion of my five-year term as Chief Scientist, which finishes at the end of this month.

Energy is a complex, vitally important topic, on which everyone has an opinion. The physics of human-induced global warming is irrefutable and a fast reduction in greenhouse gas emissions is urgent. Last summer’s bushfires were a grim reminder.

People often ask me whether climate policy is destined to destroy political leaders in Australia. Call me an optimist, but what I have seen is progress. When my proposed Clean Energy Target met its maker in October 2017, I was disappointed, but I was honestly excited the Australian, state and territory governments agreed to 49 out of 50 recommendations of our review.

Many of these recommendations ensured the electricity system would retain its operating strength as ever more solar and wind generation was added, and others ensured better planning processes for long-distance interconnectors and renewable energy zones. The public narrative that climate progress is moribund overlooks this ongoing work.

In early 2018, as I began to better understand the full potential of hydrogen in a low-emission future, I informally briefed Frydenberg, who responded by asking me to prepare a formal briefing paper for him and his state and territory counterparts. With support from government, industry, research and public interest colleagues, it developed last year into the National Hydrogen Strategy, which explored fully the state of hydrogen technology internationally and its potential for Australia.

The next step came this year with the Low Emissions Technology Statement, which articulates a solid pathway to tackle some of the pressing and difficult challenges en route to a clean economy. This was developed by Frydenberg’s successor, Angus Taylor, supported by advice from a panel I chaired.

When I was appointed Australia’s Chief Scientist in 2015, my predecessor Ian Chubb took me for a drink at Canberra’s Monster Bar. He had a prepared brief for me and we flicked through it. But Ian didn’t offer prescriptive advice, given the reality that the specifics of the role are defined by each chief scientist in line with requests from the government of the day.

I came to the role with a plan no more detailed than to work hard, do things well, be opportunistic, and always say yes – despite the device that sits on my desk and barks “no” whenever you hit the red button, a gift from my staff keen to see a more measured response to the many calls on my time.

I am most proud of my initiatives in STEM (science, technology, engineering and maths) education. These include the Australian Informed Choices project that ensures school students are given wise advice about core subjects that will set them in good stead for their careers; the STARPortal one-stop shop for information on extracurricular science activities for children; a report to the national education ministers on how businesses and schools can work together to provide context to science education; and the Storytime Pledge that acknowledges the fundamental importance of literacy by asking scientists to take a pledge to read to children.

But many of the high-profile tasks have arrived unexpectedly – the energy and low-emissions technology work, helping CSIRO with its report on climate and disaster resilience, and my work this year to help secure ICU ventilators and most recently, to review testing, contact tracing and outbreak management in the coronavirus pandemic.

The incoming Chief Scientist, Cathy Foley, will no doubt find, as I did, the job brings big surprises and unexpected turns. I expect she will also find government more receptive than ever to taking advice from experts in health, the physical sciences and the social sciences.

That doesn’t mean gratuitous advice. The advice we offer as scientists must be relevant and considered. Much of my advice has been in the form of deep-dive reviews, such as the report on national research facilities that was funded in the 2018 budget. But this year, amid the pandemic, we began something quite different: the Rapid Research Information Forum, which gives fast, succinct advice to government on very specific questions. This has been a highly effective way to synthesise the most recent research results with a very quick turnaround.

Nor does advice mean criticism. The Chief Scientist’s job is not to be the chief scientific critic of government policy. It is to advise ministers with the best that science has to offer. In turn, their job is to weigh that advice alongside inputs from other sectors and interests.

For me, working with the government has delivered results. Ministers have been receptive, have never told me what to say, and have agreed to the vast majority of my work being made public. In the energy sphere, we’ve made incredible progress. I am delighted to be staying on in an advisory role on low-emissions technologies.

When Frydenberg called late that evening in 2016, I had no idea where to begin to assess the state of the electricity market. And I had no idea that three years later we would be taking the first steps towards a clean hydrogen economy.

Now I am confident we will achieve the dramatic reduction in emissions that is necessary. Because of the immensity of the energy, industrial, agricultural and building systems, it will be slow and enormously difficult in a technical sense, politics aside.

Anyone who believes otherwise has not looked in detail at the production process for steel and aluminium. Converting these industries to green production is a mammoth task. But the political will is there. Industry is on the job, as is the scientific community, and the work has started.

The beginning of my term coincided with one of the most momentous scientific breakthroughs in a century: the detection of gravitational waves, literally ripples in the fabric of spacetime. This confirmed a prediction made by Einstein 100 years ago and was the final piece in the puzzle of his Theory of General Relativity.

As I finish my term, the contribution of Australian scientists to that discovery has just been recognised in the Prime Minister’s Prizes for Science. As chair of the Prizes selection committee, this was a nice bookend for me. More importantly, it’s a reminder we are playing the long game.