Amaero gets orders from Nissan Casting and Raytheon 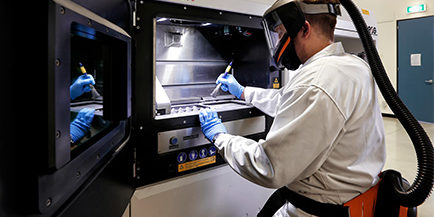 Additive technology company Amaero International is to supply production and sample products to Nissan Casting and Raytheon Intelligence and Space to be produced on its own 3D printing machines.

In a quarterly update Amaero said it had received an order for production dies from Nissan for a 3D tool steel insert for die-casting automotive components.

The Melbourne company produces components for Nissan cars including its range of electric vehicles.

Amaero has also received an order from Raytheon to produce 3D printed samples in new materials for evaluation by the company.

This adds to previously announced trial and production orders received by the company including from Boeing, Gilmour Space Technologies and SMR Automotive.

Amaero CEO Barrie Finin said: “The purchase order from Nissan Casting highlights the benefit that quality 3D components can have in reducing the significant costs associated with rejects in casting within the global auto industry.

“The order and collaboration with Raytheon Intelligence and Space sees Amaero focus on the development of additive manufactured components in new materials.”