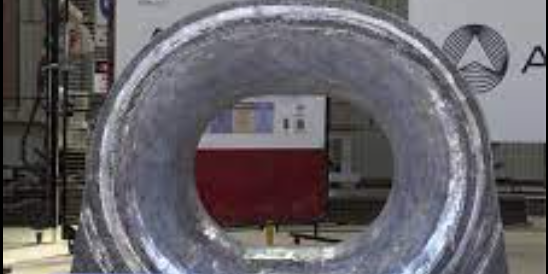 A 3D printed Panama Chock used in marine engineering has received a verification certificate after being manufactured for a Singapore customer utilising AML3D additive technologies.

The Chock is the largest 3D-printed shipboard fitting ever produced, and was made by AML3D using its wire arc additive manufacturing (WAM) process.

A Panama Chock is a massive, traditionally cast component for handling mooring ropes and is welded into a ship during construction.

AML3D has previously said its 3D printed Chocks are 25 per cent lighter and 1.5 times as strong as traditionally manufactured products.

In this case Keppel said the 1.45 tonne Panama Chock’s material yield strength was found to be twice that of the original cast material and ‘was produced with acceptable internal soundness that was confirmed by various non-destructive testing and evaluation methods’.

Used in marine applications, the Panama Chock was a paid trial for the customer to ascertain performance via third party testing and future production volumes.