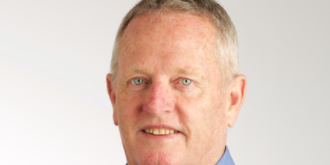 The Australian Manufacturing Workers Union (AMWU) has called for immediate assistance to manufacturers as more than 61,000 manufacturing jobs were lost over the June quarter.

According to the Australian Bureau of Statistics labour accounts the number of full time jobs in manufacturing shrank from 941,000 in March to 880,000 in June.

AMWU national secretary Paul Bastian said: “We have been warning of the quiet crisis facing manufacturing for months now.

“The government needs to take immediate action to support our manufacturing industry or we will see more jobs go in the next quarter.”

Bastian said that manufacturing industry was a sector in crisis.

“Manufacturing can’t be turned on and off like a tap.

“Most of the manufacturing jobs lost in the last recession were lost for good.

“We need sustained investment and support from the government to prevent this happening.

“…We are calling on them to work with us to roll out an immediate response to fill our factories with work.”

Bastian was a member of the National Covid-19 Coordination Commission taskforce on manufacturing policy led by industrialist Andrew Liveris.

He said the AMWU stood ready, as it had in the NCCC, to work constructively with business and government to ensure manufacturing workers and their communities had a future post Covid-19.