Another COAG meeting, another limp swing at the waste problem 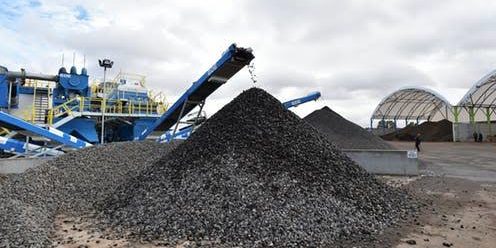 A meeting on Friday between state and federal environment ministers to discuss Australia’s recycling and waste crisis has been disappointingly inconclusive.

Some targets were set for banning the export of various used materials: glass exports will be banned by July 2020 and mixed plastics by July 2021. New focus was put on managing other waste, such as batteries and tyres. Other actions agreed upon include:

So, not all doom and gloom.

But it was reasonable to expect this meeting to deliver more concrete strategies. We have known since 2013 China would stop accepting low-quality rubbish imports; the time has well and truly come for real action.

In 2018 the commonwealth, state and local governments came together to agree to a National Waste Policy.

Providing 14 strategies, it was expected specific detail on actual targets and implementation schedules would follow.

Moving forward, at a December 2018 meeting of environment ministers another set of actions was agreed upon, again with an understanding that detail on implementation and targets would be developed.

Following another COAG meeting in August 2019 Prime Minister Scott Morrison announced the export of recyclables would be banned as “soon as possible”. In Tuvalu for the Pacific Islands Forum later that month, Morrison made a commitment to “attack waste in the South Pacific”.

And in October this year the commonwealth government announced an inquiry into Australia’s waste management and recycling industries.

The states and councils are acting

So are we really any closer to solving the waste and recycling problem?

There has been some commendable efforts by state and local governments. Victoria currently has a number of inquiries, reviews and reports underway into improving recycling and waste management.

South Australia had a task force to advise the government on legislation to phase out single-use plastics. Queensland has similarly released a plastic pollution reduction plan.

In addition, councils are looking at a variety of schemes to better manage waste. Yarra Council is providing an extra bin for glass, for example, and Ballarat has banned it from the household recycling stream.

While each plan has been well thought out by the councils, the main issue is the lack of consistency. When someone is visiting or moves across council lines, they may inadvertently contaminate recycling streams by simply doing what they would when at their own home.

A recent draft report from Infrastructure Victoria provided a range of options for improving waste and recycling management. These options were provided to (among other reasons) promote discussion as to what could be the preferred options.

This draft report covered the many areas that could be improved – such as the processing sector, use of recycled materials, waste to energy, organics management and so on. Yet the one proposal that received media attention was the suggestion that households have six bins for sorting waste and recyclables.

After all these inquiries, meetings and recommended actions by the various levels of government, where are we at? Recyclables are still going to landfill, many in the community are still confused as to how to correctly sort waste and recyclables, and the issue of contamination has not been resolved.

It was hoped this November meeting would finally result in specific actions and detailed solutions.

Where are the commitments to waste avoidance and reduction initiatives? What about community education to reduce contamination? Or a way to ensure consistency within and across the states and territories?

Education is vital for reducing the inappropriate mixing of recycled materials. Yet very little has been done, excluding some sterling efforts by local councils. This is an easy and relatively cheap action. It is very difficult to understand why we don’t, for example, see national TV ads indicating correct recycling.

There is also compelling evidence container deposit schemes are effective and can significantly reduce ocean plastic.

Finally, as the industry peak body has said, the ultimate issue is the lack of sophisticated reprocessing and manufacturing facilities in Australia to handle paper and plastic recyclables domestically.

So now we await the next environment ministers meeting, scheduled for early 2020, for more detail on schedules and implementation.

Perhaps we should just settle back, take a deep breath, and keep doing what we’re doing. More band-aid solutions may only create greater confusion, and ultimately fail to reduce waste or increase proper recycling.