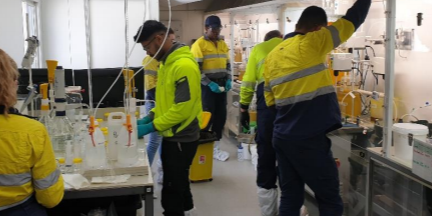 A second Western Australian battery metals project in a matter of days has moved forward with the completion of a joint venture agreement between Alcoa Australia and FYI Resources to jointly develop a high purity aluminium project in the state.

The term sheet sets out a pathway to develop a large-scale demonstration plant and a primary production facility to produce and supply HPA to meet the rapidly-growing global demand.

The two companies have previously succeeded in producing 99.99 per cent pure HPA, a high value, versatile material used in lithium-ion battery technologies as a coating for separators, and well as manufacturing sapphire glass.

FYI plans a kaolin mine at Cadoux, WA and a processing plant at Kwinana south of Perth, with the two companies initially constructing a 1,000 tonne per annum demonstration plant at an estimated cost of US$7 million.

Then would follow an integrated mine and processing project which will produce 8,000 tonnes per annum and is estimated to cost US$50 million.

FYI Resources managing director Roland Hill said the agreement was a transformational event for the company.

Hill said: “The strong alignment between the parties and resulting HPA business case is outstanding.”

State development minister Roger Cook said: “Western Australia has enormous potential to become a world-leader in downstream processing and advanced manufacturing, and this project will contribute towards that goal.”