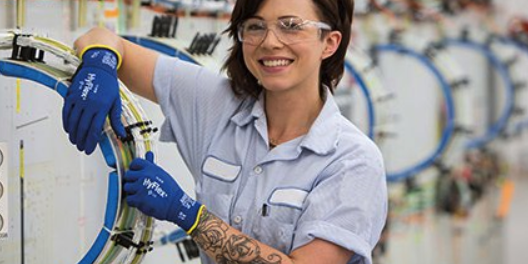 The company has bought back 12 per cent of its issued stock valued at $467 million since the sale of its sexual wellness products division, supporting the share price and dividend.

The greater focus on industrial and medical gloves that came with the sale of its condom business is paying off for the company in a year of trade uncertainties and controversy over forced labour in its suppliers’ factories.

CEO Magnus Nicolln said organic growth in the industrial gloves business of 1.3 per cent was short of expectations, while healthcare showed positive momentum and growth of 3.4 per cent.

The company expects the coronavirus outbreak to have both positive and negative impacts on the company.

Nicolln said: “We are actively supporting the Chinese authorities to provide a significant amount of personal protective equipment which has increased demand to these products.

“We also expect negative effects due to broader external plant shutdowns in the manufacturing sector, decreased manufacturing production, lower stock levels and potential supply chain disruption which may also have some adverse impacts for customers.”

The company continues to invest in its own factories with a major expansion in Thailand underway.

However it continues to face headwinds with persistent revelations of forced labour and substandard labour practices in some of its supplier companies.

Nicolln said: “We continue to work closely with our suppliers to ensure appropriate labour standards are being employed throughout our supply chain.”