Ansell responds to allegations of exploitation by suppliers 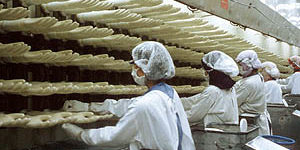 Australia’s multi-national maker of rubber surgical and industrial gloves, Ansell (ASX: ANN), has been implicated in sales of rubber gloves made by Malaysian factories that allegedly exploit their labour forces.

ABC reported today Ansell’s own factories which are mainly in Vietnam, Sri Lanka, Malaysia and Thailand were not implicated.

ABC reported: “While Ansell is believed to have cleaned up problems reported previously about conditions at its factories in Sri Lanka and Malaysia, it cannot give assurances that working conditions at its Malaysian suppliers, including Top Glove, WRP and Kossan, currently meet the same standards.”

While Ansell does not manufacture gloves in Australia, it will be subject to new Australian anti-slavery laws that take effect on January 1.

These require it to report annually on risks of slavery in their supply chains and the actions they are taking to reduce the risks.

Ansell was founded in Melbourne in 1905 and has made inroads in the industrial glove market since the introduction of Alphatec 58-735 multi-hazard safety gloves earlier this year.

The global industrial glove market was worth $7 billion in 2017 according to analysts Global Market Insights, with Ansell named as the market leader.

The company told ABC suppliers were subject to self-assessments and audits to ensure compliance with its policies including prohibition of human trafficking and slavery.