ANSTO to use neutrons to treat cancer 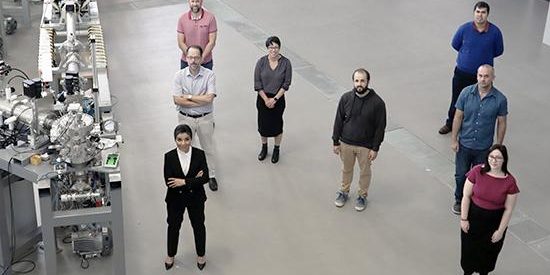 The team, led by Dr Mitra Safavi-Naeini has been awarded a program grant from the Foundation for Australia-Japan Studies (FAJS) utilising neutrons produced at ANSTO’s Open-pool Australian lightwater reactor (OPAL) at Lucas Heights in Sydney.

Normally used in making radioisotopes for medical use, irradiation of silicon ingots and and for characterising materials, the team will trial NCEPT in a a “one-two punch” to cancer cells.

Safavi-Naeini said: “Previously we have shown that NCEPT has tremendous potential for delivering an enhanced radiation dose to cancer cells inside the primary tumour

“But, importantly, we have also shown it can work on cancer cells that have spread beyond the primary tumour.”

With the success of early-stage cell studies, this grant will support follow-up studies in Australia and at the HIMAC cancer treatment facility in Japan using laboratory models.

The grant will support the development of tools for predicting the uptake of neutron capture drugs in tumour-bearing pre-clinical models – a critical process for learning how to plan treatment for human clinical trials.

“This is critical work to make progress on NCEPT.

“The higher the concentration of drug that we can get into the cancer cells, the better the chance of killing those cancer cells.”

Safavi-Naeini and post-doctoral researcher Dr Andrew Chacon discovered NCEPT, an invention that was patented in 2018.

The ultimate proof-of-concept campaign was undertaken at the Heavy Ion Medical Accelerator in Chiba (HIMAC) in Japan.

The FAJS program, funded by the Rio Tinto Group, contributes to the Australia‑Japan bilateral relationship by supporting education and research collaboration between academia, industry and government.