ARENA and CEFC get funding, but with a fossil fuel twist 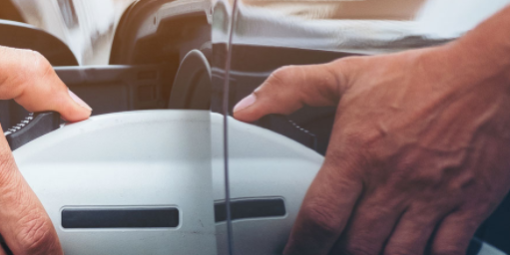 The federal government has refunded the Australian Renewable Energy Agency (ARENA) and Clean Energy Finance Corporation (CEFC), bodies they tried to abolish years ago, but there is a fossil fuel sting in the tail.

The two bodies will receive total funding of $1.9 billion past 2020, with ARENA receiving the majority – a guaranteed baseline funding of $1.43 billion over the next ten years.

Both organisations have been instrumental in Australia’s progress away from polluting fossil fuels to renewables, and have lately switched their focus towards integrating the plethora of renewable power sources into the grid.

The business model involving co-investing with the private sector has been particularly successful.

Since 2012, ARENA has supported 543 projects with $1.58 billion of funding that has leveraged nearly $5 billion in additional private and public sector investment.

However the Coalition has not hidden its antipathy to their work, attempting to thwart them at every step.

There are some potential positives in the government’s new instructions to the two bodies.

There should be funding for microgrid projects in regional areas to encourage the switch to cleaner, and what are now cheaper, renewable technologies.

And a Technology Co-Investment Fund will focus on reducing emissions from agriculture, manufacturing, industrial and transport sectors.

However the government will not give up on coal.

As the prime minister, Scott Morrison said: “In Australia, you cannot talk about electricity generation and ignore coal.

“…Coal will continue to play an important role in our economy for decades to come. With new technologies such as carbon capture and storage continuing to improve, it will have an even longer life.”

This is absurd. Our ageing coal generators will soon shut and no-one is talking, not even the government now, about building a coal fired power station in future.

They are simply uneconomic.

Morrison himself acknowledged that renewables are now cheaper.

The government has coined a new buzz word to go with dispatchable power – firming capacity – to cover its support for burning coal (with CCS), for making hydrogen from coal and burning gas for electricity.

He said: “We need to bring forward new dispatchable generation capacity as a priority, to complement what is happening in the renewables sector.”

This is the switch in government focus from subsidising coal to subsidising gas that surfaced earlier in the week.

The hope from this week’s announcement is that while we are about to waste money studying dead end fossil technologies, that ARENA and CEFC will continue their good work.

ARENA CEO Darren Miller welcomed the new funding and an ongoing role for the agency.

Miller said: “There is still much work to be done but with an experienced team, industry knowledge and strong networks across a range of technologies and sectors, ARENA is well positioned to support Australia’s energy transformation and emissions reduction goals,”

Where’s the meat? Employers and governments should have seen this supply crisis coming, and done something
January 24, 2022

Manufacturing news briefs – stories you might have missed
January 24, 2022

Why do we keep on making these dumb mistakes in negotiating FTA? asks editor @PeterTRoberts of the UK agreement and what’s in it for wine exporters.

“So we need millions of dollars to build a proper-sized plant. So that’s why we sort of went the industrial route because if it’s successful with what we’re doing with Molycop, they are prepared to sign an offtake agreement for thousands of tonnes.”