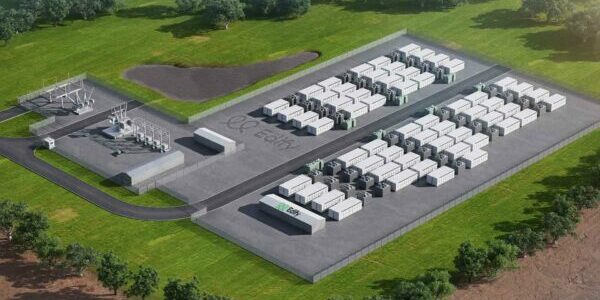 The Australian Renewable Energy Agency (ARENA) announced on Monday that it will provide $6.6 million from its Emerging Energy Program for an Edify Energy-led project to build a 25 megawatt / 50 megawatt hour battery adjacent to the 275 megawatt hour Darlington Point solar farm.

Darlington Point is run by Edify, is the largest solar farm connected to the National Energy Market, and the largest operational solar farm in Australia.

The storage project would allow Edify to expand storage at the Project to a total of 150 megawatt / 300 megawatt hours, said ARENA in a statement, and would help demonstrate that large-scale batteries with advanced inverters “can substitute for more traditional forms of synchronous generation [such as coal or gas] and synchronous condensers.”

ARENA’s acting CEO Chris Faris said, “To support the rapid transformation of our electricity system, large scale batteries will need to evolve to do more than just store energy.

“They need to be equipped with advanced inverters that can provide critical grid stability services to keep the system safe and secure, especially as synchronous generators retire and renewables provide a higher share of supply.

“That’s why it’s important to support and demonstrate projects like this, where batteries with advanced inverters can help supply critical stability services to the grid.”

Picture : A render of the battery project (credit Edify)