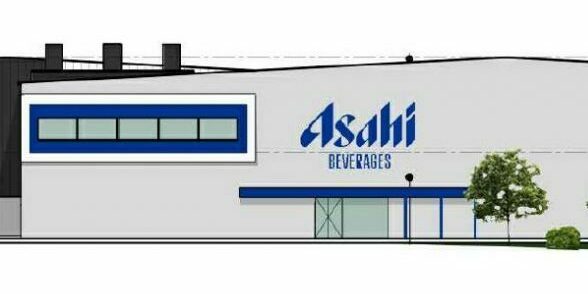 The ribbon was cut on Friday on plant upgrades totalling $55 million at Asahi Beverages’ Wulkuraka in southeast Queensland, where the investment has created “more than a dozen” jobs, according to the company.

The upgrades at the factory, which operates 24 hours a day, include two new bottling lines and a 39-metre-high warehouse, and brought capacity to 300 million litres a year.

Iervasi said in a statement that the investment showed the company’s confidence in the long-term future in manufacturing within Australia.

“Perhaps the upgrade’s most exciting part is the new hot-fill and blow-fill line, which will make Lipton Iced Tea and Pop Tops. The line’s innovative design means these drinks will be made without preservatives and using bottles inflated on-site from small pieces of preformed plastic,” he said.

“These are more sustainable than pre-inflated bottles because many more can be delivered to site per truckload – significantly reducing truck trips and carbon emissions.

Iervasi said the company had invested a total of $100 million at the site in the last five years.

“More than a dozen new jobs” were added with the most recent upgrade, bringing headcount to 130, plus over 170 jobs during construction.