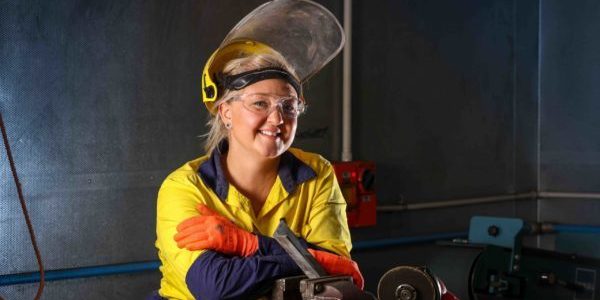 ASC is welcoming applications for its current intake of electrical, mechanical and fabrication apprentices, with successful applicants to work on Collins Class submarine programs in Western Australia and South Australia.

ASC – which sustains the submarines through major and minor activities and upgrades at Osborne in SA and Henderson in WA – said on Wednesday that over 25 apprentices were being sought, with a “renewed focus on attracting women”.

The Collins will be in service into the 2040s.

“This is an exciting time for Australia’s submarine industry as we sustain the Collins Class fleet, prepare for their Life of Type Extension and build the trades and engineering skills that will be needed to support future shipbuilding programs,” said ASC CEO Stuart Whiley.

“Apprentices who join ASC develop skills for life, in long-term and secure jobs. They have opportunities to progress their careers as Australia’s defence industries continue to grow.”

There are 74 apprentices currently employed by the organisation, which said it had “almost doubled the number of females” from six to 11 since the end of last year.

Mikkie Johnstone (pictured) who is two years into a fabrication apprenticeship at ASC, said in a statement that she invited anybody curious about a career working with submarines to apply.

“It’s a rewarding job that gives you the pride of having welded things and worked on structures that become part of Australia’s submarines,” said Johnstone.

Application and other information about the four-year program can be found at this link.