At least 1,241 tonnes of microplastics are dumped into Aussie farmland every year from wastewater sludge 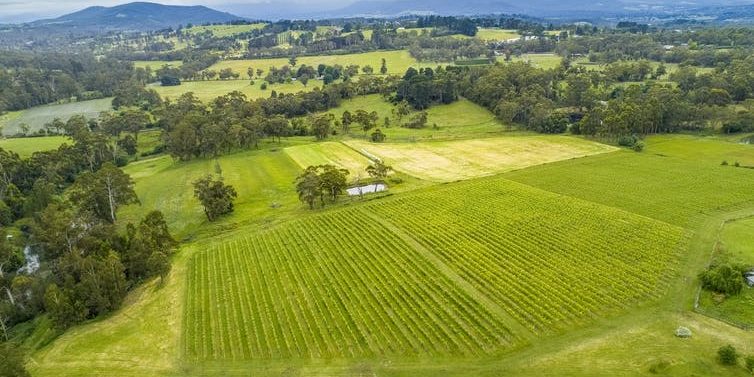 Every year, treated wastewater sludge called “biosolids” is recycled and spread over agricultural land. My recent research discovered this practice dumps thousands of tonnes of microplastics into farmlands around the world. In Australia, we estimate this amount as at least 1,241 tonnes per year.

Microplastics in soils can threaten land, freshwater and marine ecosystems by changing what they eat and their habitats. This causes some organisms to lose weight and have higher death rates.

But this is only the beginning of the problem. Microplastics are good at absorbing other pollutants – such as cadmium, lead and nickel – and can transfer these heavy metals to soils. 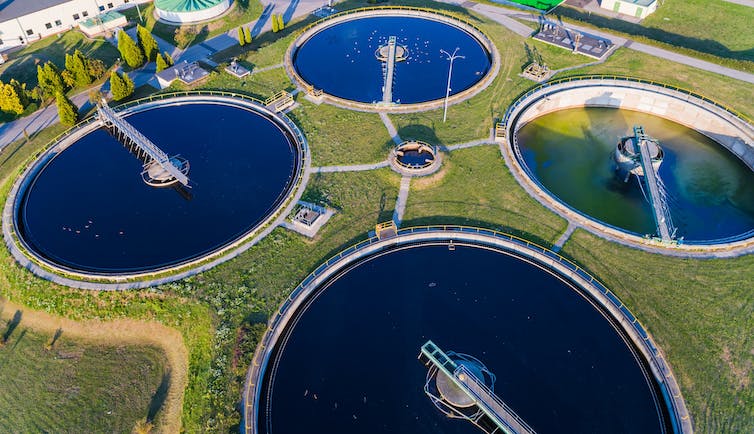 And while microplastics alone is an enormous issue, other contaminants have also been found in biosolids used for agriculture. This includes pharmaceutical chemicals, personal care products, pesticides and herbicides, surfactants (chemicals used in detergents) and flame retardants.

Where do the microplastics come from?

Biosolids are mainly a mix of water and organic materials.

But many household items that contain microplastics – such as lotions, soaps, facial and body washes, and toothpaste – end up in wastewater, too. Other major sources of microplastics in wastewater are synthetic fibres from clothing, plastics in the manufacturing and processing industries, and the breakdown of larger plastic debris.

Before they’re taken to farmlands, wastewater collection systems carry all, or most, of these microplastics and other chemicals from residential, commercial and industrial sources to wastewater treatment plants.

To determine the weight of microplastics in Australia and other countries, my data analysis used the average minimum and maximum numbers of microplastics particles, per kilogram of biosolids samples, found in Germany, Ireland and the USA.

Why microplastics are harmful

When microplastics accumulate heavy metals, they transfer these contaminants to plants and crops, such as rice and grains, as biosolids are spread over farmland.

Over time, microplastics break down and become even tinier, creating nanoplastics. Crops have also been shown to absorb nanoplastics and move them to different plant tissues.

Our research results also show that after the wastewater treatment process, the absorption potential of microplastics for metals increases.

Biosolids have a cocktail of nasty chemicals

It’s not just plastic – many industrial additives and chemicals have been found in wastewater and biosolids.

This means they may accumulate in soils and affect the equilibrium of biological systems, with negative effects on plant growth. For example, researchers have found pharmaceutical chemicals in particular can reduce plant growth and inhibit root elongation.

Other chemical contaminants – such as PFCs, PFAS and BPA – have likewise been detected in biosolids.

The effects these chemicals have on plants may lead to problems further down the food chain, such as humans and other animals inadvertently consuming pharmaceuticals and harmful chemicals.

What can we do about it?

Given the cocktail of toxic chemicals, heavy metals and microplastics, using biosolids in agricultural soils must be stopped without delay.

The good news is there’s another way we can recycle the world’s biosolids: turning them into sustainable fired-clay bricks, called “bio-bricks”. 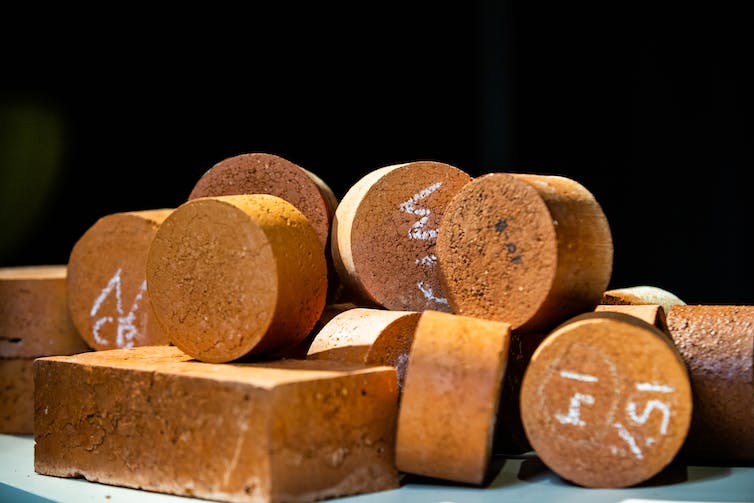 Bricks incorporated with biosolids are a sustainable solution to an environmental problem. (RMIT media, Author provided)

My team’s research from last year found bio-bricks a sustainable solution for both the wastewater treatment and brick manufacturing industries.

If 7% of all fired-clay bricks were biosolids, it would redirect all biosolids produced and stockpiled worldwide annually, including the millions of tonnes that currently end up in farmland each year.

We also found they’d be more energy efficient. The properties of these bio-bricks are very similar to standard bricks, but generally requires 12.5% less energy to make.

And generally, comprehensive life-cycle assessment has shown biosolid bricks are more environmentally friendly than conventional bricks. These bricks will reduce or eliminate a significant source of greenhouse gas emissions from biosolids stockpiles and will save some virgin resources, such as clay soil and water, for the brick industry.

Now, it’s up to the agriculture, wastewater and brick industries, and governments to make this important transition.