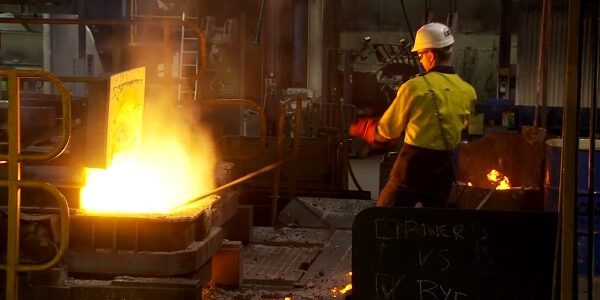 Leading fellows of the Academy of Technology and Engineering (ATSE) have called for a rapid deployment of new technologies to decarbonise energy systems. Here, Peter Roberts exposes the industry backdrop to their calls.

Australia is in the throes of an energy crisis, with electricity generation prices around 115 per cent above the previous highest average wholesale price ever recorded, and gas prices through the roof.

This has led to examples such as chemicals and fertiliser group Incitec Pivot moving to close its Gibson Island, Brisbane ammonia plant at the end of the year, depriving Australia of critical raw materials to manufacture fertilisers.

This could not come at a worse time given fertiliser prices are rising as the world deals with shortages, again sparked by war in Europe.

And to add insult to the threat to agriculture, Gibson Island has become an important source of AdBlue diesel additive critical to Australian supply chains.

Some companies have gone further and stopped production completely

The foundry accounts for about one per cent of South Australia’s total electricity consumption per day when fully operational.

Now the Academy of Technology and Engineering (ATSE) has responded to the crisis, calling for a rapid deployment of new technologies to decarbonise energy and releasing at the same time a new report – Here and now: The state of low emissions technology in Australia.

This is a snapshot of several key mature and emerging low-emissions energy technologies which are already playing a significant role in Australia’s technology-led transition to net zero.

Several prominent ATSE fellows said Australia will need a portfolio of low emissions technologies which act in concert, supported by a clear research agenda and policy framework to provide an environment for industry to act with confidence.

Speaking at a media briefing director of the Australian Renewable Energy Agency (ARENA) and Vast Solar Katherine Woodthorpe AO said: “Australia is the envy of the world in per capita deployment of solar and wind power. Solar is by far the leading contender to decarbonise global energy systems.

Former managing director of Ausgrid George Maltabarow said: “The transition away from fossil fuels will require electrifying everything. The good news is we have all the technologi is available. We now need the frameworks to manage the investment.”

UNSW Lead of the Australian Centre for Advanced Photovoltaics Professor Renate Egan said: “Australia-wide, we already get 32 per cent of our energy from from renewables. It has doubled in five years, and we need to double it again.

Head of the Battery Storage and Grid Integration Program at The Australian National University Professor Lachlan Blackhall said: “Between now and 2050, there will be 30-fold increase in the amount of energy storage. The other trend will be the uptake of distributed energy resources or consumer energy resources, given it’s households that are investing in these assets.

“It’s important to recognise that the energy transition is actually a socio-techno-economic challenge. It’s time to actually go out and understand householder and community expectations, and ensure that we have social license for the very significant energy transition that we’re seeing”.