AUKUS – a reset for Australian defence industry by Michael Slattery 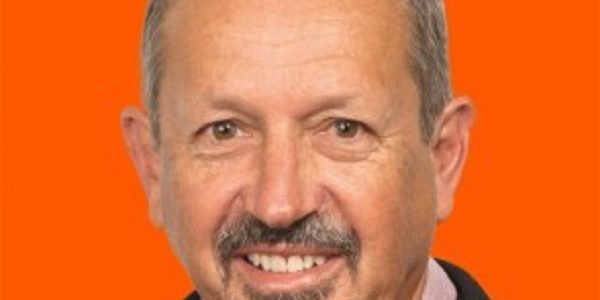 With the construction of one type of submarines cancelled, and a second being investigated but not yet ordered, Michael Slattery says defence industry is getting nervous about investing in a perhaps uncertain future. Here he looks at how we got to where we are today, and what might be.

He initiated his politics of grandeur and asserted that France, earlier overrun by the German forces in WW2, should not rely on other countries – he then set forth to make France a major European power.

He also used state-directed investment, and the use of market instruments such as taxes and subsidies, to incentivise market entities to fulfil state economic objectives and develop French sovereign capability.

On September the 16th 2021 Australia’s largest ever submarine programme involving French state-owned company Naval Group was cancelled and the adoption of nuclear submarines by Australia under AUKUS was announced trilaterally.

It was a shock that reverberated around the globe.

The expansion of Adelaide’s Osborne shipyard to build of 12 diesel powered submarines ceased, and sits awaiting the result of an 18-month study into the acquisition of nuclear propulsion capabilities.

AUKUS has provided a new opportunity for Australian industry full of known unknowns.

We know that this is a tripartite arrangement between the UK, the US and Australia, government has earmarked $171 billion to build n-submarines, and the ships will be built in Adelaide, South Australia.

The unknowns are the design, the manufacturer, the Australian industry capability and the content. There is also the nuclear question that has alone a long list of known unknowns especially around infrastructure, skills sets and industry experience.

This offered new and significant hope to a defence industry that was at best lumpy, immature and developing out of depleted manufacturing opportunities such as the now defunct car industry.

Businesses jumped in going to where the money is, investing in equipment and machinery, restructuring their networking and marketing activities.

A number of high-tech manufacturing companies transitioned into defence, reinventing themselves to provide high end components for projects such as the Lockheed Martin F-35 joint strike fighter.

Business was getting itself ready.

The government supported this influx of companies with various grants on offer including a Sovereign Industry Capability Priority grant programme and defence primes rolled out the red carpet to the many businesses wanting a piece of the pie.

In Canada they have a 100 percent indigenous input into defence programmes.

Australia hasn’t embraced this, instead the percentage is arbitrary and open to external influences which are not offering confidence to Australian entities.

In fact, it is causing silent rifts between the Commonwealth, the primes and the SME’s, trust is evaporating.

Couple this with the cancellation of the submarine project and industry is getting – increasingly – nervous.
The defence industry risk factor for business has increased and business investment into the necessary high tech manufacturing equipment is being reassessed.

A new government has recently been elected and has yet to describe its defence or its defence industry policy.

Industry is hoping that it will prescribe a minimum AIC percentage on all future programmes, better still to legislate it.

Australia is a resource rich seafaring country; it relies on its trade routes and shipping around the globe for both imports and exports.

By this very notion Australia must be able to defend itself without the assistance of foreign nations.

Australia must develop its own Sovereign Industry Capability over the longer term to ensure the safety of its people and to support the men and women of Australia’s Defence Forces.

To do this industry must be considered as a fundamental input into defence spending, not just via words on a piece of paper but by a change in decision making, by legislation and by taking real action.

Michael Slattery is an experienced manufacturing business owner and manager, and a leader in the expanding defence industry sector. Michael is business development manager at Rowlands Metalworks, a board member of the Institution of Engineering and Technology (SA/NT) and president and committee member of the Australian Industry & Defence Network – South Australia (AIDN SA).