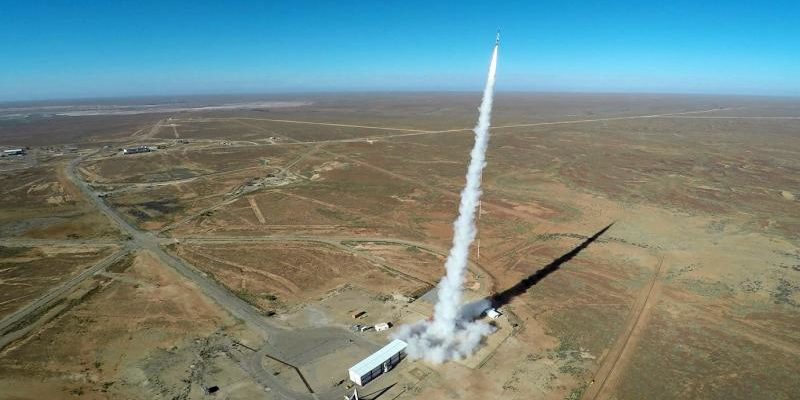 The three nations in the Aukus pact Australia, the US and the UK have extended the scope of their collaboration from nuclear submarines to include hypersonic missile development.

Australia and the US already have a collaboration to develop hypersonic missiles known as the Southern Cross Integrated Flight Research Experiment (SCIFiRE).

However following a virtual meeting the leaders of the three countries jointly announced the UK would now be involved and hypersonics would now come under the auspices of Aukus which was formed in September.

US President Joe Biden, British Prime Minister Boris Johnson and Australian Prime Minister Scott Morrison said in a joint statement they are “committed today to commence new trilateral cooperation on hypersonics and counter-hypersonics, and electronic warfare capabilities, as well as to expand information sharing and to deepen cooperation on defense innovation.”

They also criticised Russia’s ‘unprovoked, unjustified and unlawful invasion of Ukraine’ and re-committed to build the nuclear boats for Australia.

The three nations are playing catch up with China and Russia which both have hypersonic capabilities.

Russia claims its Avangard system is capable of flying at 27 times the speed of sound, making rapid manoeuvres to dodge an enemy’s missile defences.

Its Kinzhal missile has a range of up to 2,000 kilometers and flies at 10 times the speed of sound.

Development of hypersonic missiles that fly so fast as to be virtually impossible to detect and counter is already advanced under SCIFIRE.

According to the airforce.gov.au website: “The SCIFiRE Program is based on more than 15 years of collaboration between Australia and the United States on science and technology research into hypersonic scramjets, rocket motors, sensors, and advanced manufacturing materials.

“The new weapon will be a Mach 5-class precision strike missile that is propulsion-launched and powered by an air-breathing scramjet engine.

“It will be capable of being carried by tactical fighter aircraft such as the F/A-18F Super Hornet, EA-18G Growler and F-35A Lightning II, as well as the P-8A Poseidon maritime surveillance aircraft.”