Aussie dairy plan to trace milk from grass to glass 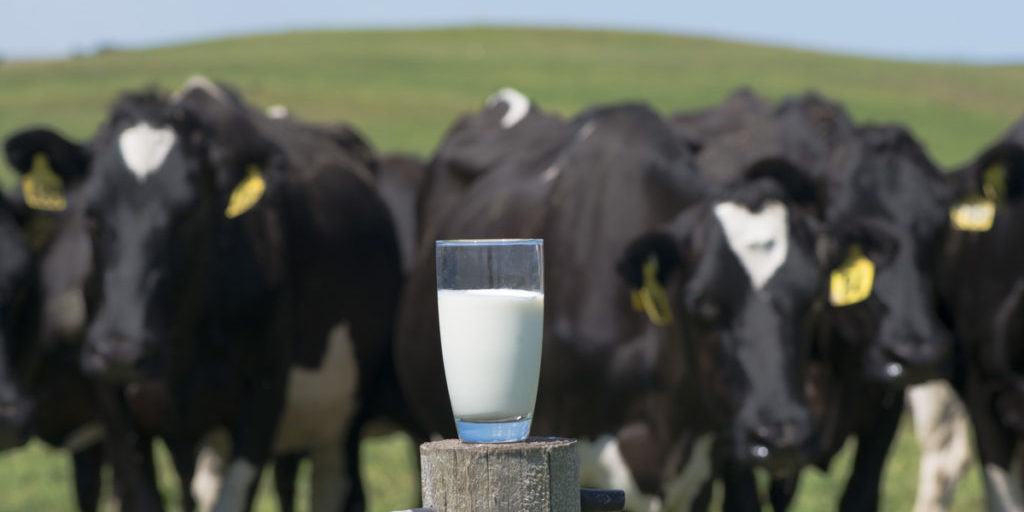 South Australia’s dairy industry is creating unique ‘grass to glass’ branding as it works to build a premium, boutique trademark around the globe.

The industry-first plan will audit, track and certify the state’s dairy industry as its milk, cheese, yoghurt and ice cream moves through the supply chain.

South Australian Dairyfarmers’ Association chief executive Andrew Curtis said two new projects will this year work toward having the state’s products recognised as being among the world’s safest, greenest and best quality.

“What we’re saying is we need to put in place the processes and certifications so people can say yes, South Australian,” Curtis said.

“People will say ‘I’ll buy that product’ whether they are in downtown Beijing or New York or Adelaide, ‘I will buy that because I know it’s quality’.”

The industry planned to first build a framework to audit the state’s 241 dairy farms along with its processors of cheese, yoghurt and ice cream and to then work toward making certification happen.

“We can’t supply the whole world so we will supply to the people who have got good taste and also recognise the value of sustainable, quality production,” he said.

“If you want soggy mozzarella that shrivels in the oven, go your hardest, but if you want quality that has flavour then talk to us.”

South Australia typically produces about 500 million litres of milk a year, around 6 per cent of Australia’s annual production of almost 9 billion litres.

Now it was moving forward in recognising the state is “uniquely poised to carve out a niche in the global market place by placing itself at the front of the premium market”.

“It’s the whole chain, we have a certain standard we are going to adhere to and it’s going to be easy to follow,” Hunt said.

“We have to differentiate ourselves so we see a South Australian product and you almost don’t have to worry about reading the label.”

This included ensuring world’s best practice in caring for animals, staff and the environment along with producing high-end products.

Hunt also said after several years of uncertainty with unpredictable pricing and contracts, the decision to pull together processors and farmers at a state summit late last year was helping boost the industry’s future.

The industry was now moving toward providing extra confidence for farmers already supported by a new national code of conduct and growing success in local companies making dairy products.

Among those companies is Beston Global Food Company.

The South Australian business introduced a contract for dairy milk farmers a few weeks ago that has a fixed minimum price for three years, compared to 12-month processor contracts of the past.

Hunt said the summit last year was unusual in terms of drawing together dairy farmers with processors but it meant discussions focused on providing industry certainty.

“I think what’s been made clear in South Australia is there’s a demand for milk and processors have now put a number around it, they are after another 200 million litres combined over the next three years,” Hunt said.

“With that came contracts longer than 12 months.

“It’s really interesting, we know in South Australia we can compete with lower commodity products so we need to partner with the processors, we’re unique here, it’s a bit more of a team approach.”

Most dairy industry players were managing the impacts of COVID-19; some fresh milk air freighted to China had been affected along with some suppliers to restaurants.

But this had been balanced by greater domestic demand as more consumers cooked at home.

“For a few years it’s been doom and gloom but we’ve got a target and we’re going to meet it,” Hunt said.