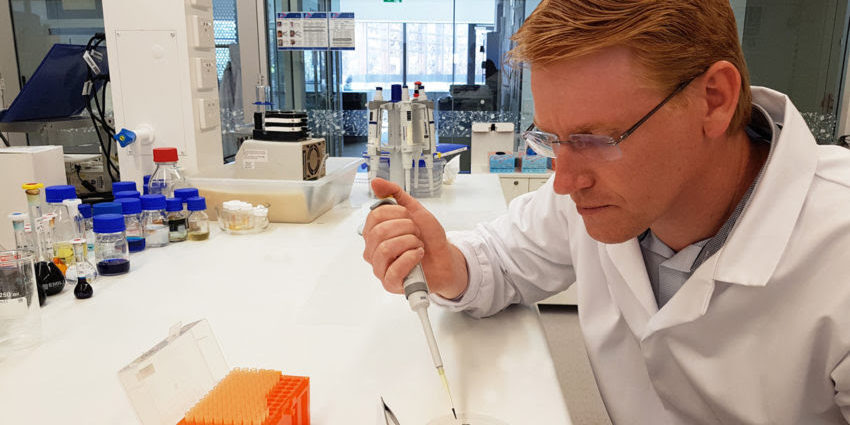 The Australian National Fabrication Facility (ANFF) has partnered with NASA to help Australian researchers develop sensors to monitor health through the testing of bodily fluids such as sweat and saliva.

Located in Adelaide at the University of South Australia, the same city as the Australian Space Agency and a swag of emerging space startups, the South Australian node of the ANFF is one of eight university-based hubs around Australia.

The South Australian node started a decade ago specialising in microfluidics. Its expertise has since grown to include lab-on-a-chip technology, advanced sensing, functional coatings and separation science.

Node Director Associate Professor Craig Priest leads research into the development of microfluidic sensor platforms designed to monitor human health factors, which will be an initial focus of the international partnership with NASA.

Assoc Prof Priest said the partnership was an example of “the very first fruits of return on investment” for Australia’s rebooted space industry and would harness exciting nanotechnology and microfluidics research at the UniSA Mawson Lakes campus.

“When you are working and travelling in space there is no doctor on board or regular health testing facilities and we know astronauts are operating in a challenging environment,” he said.

“You can imagine in a space environment where you’ve got zero gravity, radiation and other extreme conditions, the ability to know if things are going wrong quickly is very important.

“We are aiming to work with NASA to develop non-invasive health self-assessment, and possibly wearable, tools that will be able to analyse things like sweat and saliva and track health effects in real time.

“The research supports ambitions for further and longer journeys into space and will help astronauts to monitor and mitigate the physiological effects of longer exposure to space environments.”

Assoc Prof Priest said the technologies developed for NASA would ultimately also be used for applications on Earth.

“Increasingly health management is going to go towards looking for those early signs so we hope that some of these sensors will be able to head off health challenges quite quickly,” he said.

“Ultimately it should return to Earth and help all of us but the target of it here is to go for those challenging environments where you don’t have much water or large laboratories – you’ve got small spaces and lightweight equipment.

“What does that mean for being able to do clinical level testing in an environment where you just don’t have the clinic?

“Whatever technologies that are developed in this area of research are eventually going to find their way into our pockets or onto our wrists and it’s those types of technologies that I believe are going to be the game changers for health management and early intervention in space and on Earth.”

The announcement is expected to be the first of many projects enabled by the agreement and coincides with the 70th International Astronautical Congress (IAC), in Washington DC.

The IAC has played a significant role in the development of Australia’s space industry in recent years. Adelaide hosted the 68th IAC in 2017 where it was announced that Australia would establish its own national space agency after decades without proper international representation.

The Australian Government aims to grow the space market segment from AU$3.9 billion to AU$12 billion by 2030 and double space industry employment to 30,000.

The South Australian node of the ANFF-SA was established under the National Collaborative Research Infrastructure Strategy and is funded by Commonwealth and State Governments, the CSIRO and participant universities.

Director of UniSA’s Future Industries Institute, Professor Emily Hilder says the partnership with NASA is a strong indicator of the quality and relevance of the research being undertaken here in South Australia.

“This is a hugely exciting project and testament to the world class talent we have at UniSA,” Prof Hilder says.

“It also shows that UniSA researchers are playing an important role in some of the many applications supporting the international space industry.”