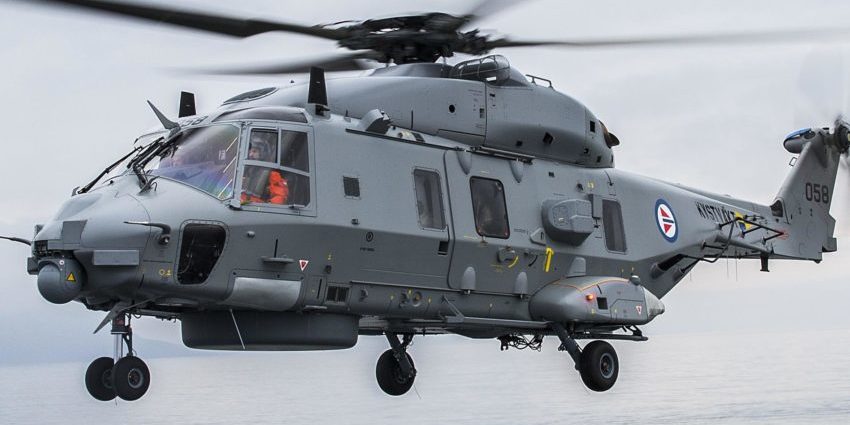 Nova Systems is growing its global reach after winning a $25.9 million Norwegian defence contract to support a maritime helicopter program.

Nova Systems, a professional service company headquartered in Adelaide, South Australia, provides engineering and management services to industry and governments around the world.

The South Australian company first opened an office in the United Kingdom during 2012 before winning its first work within Norway the following year.

This latest contract marks a significant expansion for Nova Norway and a doubling in the size of it Norwegian operations with work already underway.

“This win reinforces our commitment to defence and security, not only within Australia, but to other defence customers in the international market,” Nova Group chief executive Greg Hume said.

“Building on previous work we have done in Norway and the UK, this contract leverages our core areas of specialisation in Test and Evaluation and complex systems integration.”

Nova Systems Norway is a subsidiary of Nova Systems UK, it was awarded the two-year framework contract worth €15m ($25.9 million) by the Norwegian Armed Forces to support the NH90 maritime helicopter programme through an open and competitive tender.

The NH90 is a medium-sized, twin-engine, multi-role military helicopter, developed in response to NATO requirements for a multiple capability helicopter.

Norway has operated the NH90 from Coastguard ships in a search and rescue and surveillance role for a number of years.

Now, the Norwegian Naval Frigate Helicopter variant of the NH90 is being introduced to further support its work in patrolling and protecting Norwegian territorial waters from current and future threats, as well as contributing increased Anti- Submarine Warfare capability to NATO forces and operations.

Nova will initially provide an expert team of 10 to 12 operators, engineers and software specialists to be fully embedded with RNoAF and Royal Norwegian Navy personnel at a new squadron building based at Haakonsvern Naval Base near Bergen (which accommodates both 334 Squadron and the NH90 squadron).

“This is an exciting breakthrough moment for Nova in the Scandinavian defence market, and builds on Nova’s core test and evaluation experience which has been successfully demonstrated supporting the Norwegian All Weather Search and Rescue Helicopter programme since 2016,” Nova Norway Chief Operating Officer Simon Sparkes said.

Although rotary wing ASW represents a new capability for the Royal Norwegian Air Force it is a warfare domain that Nova possesses extensive experience drawing upon staff from Norway, the UK and Australia.

Nova Systems is a professional service provider headquartered in Adelaide, South Australia that provides of engineering and management services to industry and governments around the world.