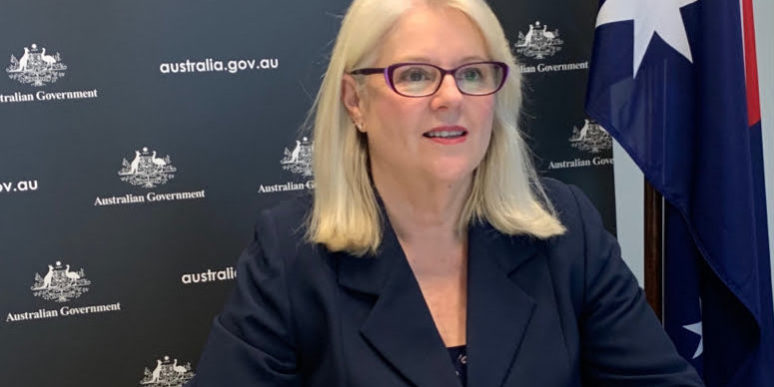 Australia and the United States have moved to strengthened their history of collaboration through a senior-level dialogue on science and frontier technologies led by Industry Minister Karen Andrews.

Minister Andrews, who met with White House officials via video-conference on Wednesday, said the two nations were committed to increasing cooperation in science and technology.

“There are enormous opportunities for Australia and the US to work together on key issues such as artificial intelligence, quantum computing, oceans exploration and mapping, and research integrity,” Mrs Andrews said.

“Science and technology are of major economic and security importance, especially in the COVID-19 recovery, and both nations will benefit through collaborating on policies that promote innovation and competitiveness.

Both countries have identified opportunities to share resources and expertise, including through the newly established Global Partnership on Artificial Intelligence”

“We’re also keen to establish a framework for ongoing collaboration with the US and other like minded nations to advance our common values and interests in international forums.”

Meanwhile, Minister Andrews told ABC Radio the CSIRO had been brought in to assist in the search for manufacturing capacity to produce scale volumes of vaccine, once a successful candidate is found.

The government issued a request for information earlier in the week seeking input from companies that were capable of producing vaccines and other treatments, or companies that could potentially pivot to support such operations.

While Australian-based multinational bio-manufacturer CSL had significant capacity, the government is keen to understand what other options are available for a rapid scale-up of production.

“Depending on what the final form of the vaccine is and the way that needs to be produced, we’re also keen to look at other manufacturers that we have in Australia, look at what their capacity is,” Mrs Andrews said.

“We’ve brought CSIRO into the search as well. They’re working very closely with CSL and others to make sure that we can ramp up the manufacturing capacity that we need,” she said.