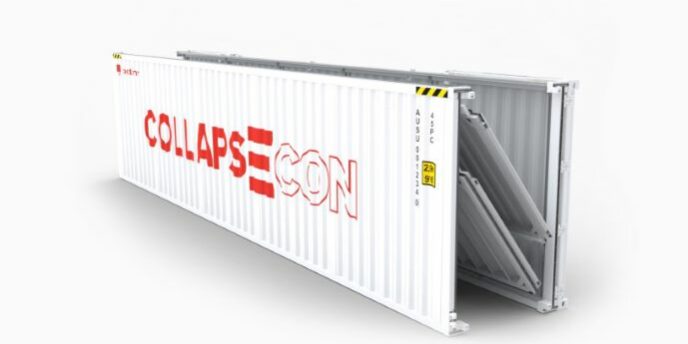 The container, though not the first collapsing container, answers one of the key choke points of global shipping – the accumulation of empty containers and the cost of repositioning them to their originating ports.

Spectainer has developed a COLLAPSECON Operating Station (COS) that rapidly assembles or collapses the Spectainers, enabling containers to be handled at an industrial scale.

Austal took the opportunity of a visit to its Perth shipyard by Mr Nguyen Tat Thanh, Ambassador of Viet Nam in Australia, to explain the Spectainer system.

Austal’s Vietnam shipyard is working with Spectainer to develop a manufacturing solution for containers and collapsing stations.

Austal also reported on progress by Austal Vietnam which is constructing a $32.8 million, 66 metre high-speed catamaran ferry (pictured, below) for The Degage Group of French Polynesia.

The vessel, the fifth built by Austal for the French Polynesian group, is scheduled delivery in the first half of 2023.

If we did so badly in sports, we would be mortified: AMGC
August 9, 2022
Advertisement