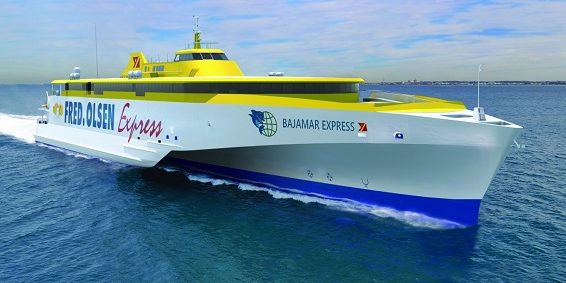 The Bajamar Express (pictured), part of an order worth $190 million, was handed over at a ceremony held at Austal’s shipyard at Henderson, south of Perth.

The aluminium trimaran, capable of transporting more than 1,100 passengers and 276 cars at speeds up to 38 knots,was ordered in 2017.

A sister ship, the Banaderos Express is under construction at Austal’s yard in Cebu, Philippines and is scheduled for delivery in the first half of 2021.

The two ships will bring to five the number of Austal ferries operated by Fred Olsen.

They will operate on Fred. Olsen Express’ Santa Cruz, Tenerife and Agaete, Las Palmas routes in the Canary Islands.