Th vessel, to be known as #BajamarExpress (pictured). is being built for Fred Olsen.SA of the Canary Islands at the company’s Henderson yard south of Perth.

It is the 394th large vessel build by Austal.

The February 2020 launch was revealed on social media and allows the final stages of fit out, prior to delivery in the second half of the year.

Austal now has the capability to build two and three hulled aluminium ferries in Australia and the Philippines, and naval vessels at its yard in Mobile Alabama and Perth. 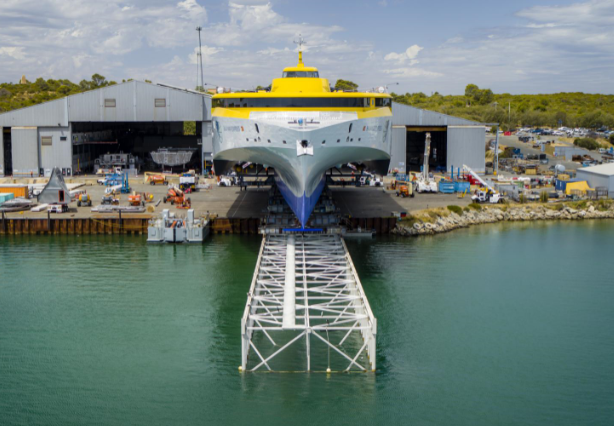