Austal primed for swell of autonomous vessels – by Paddy Gregg 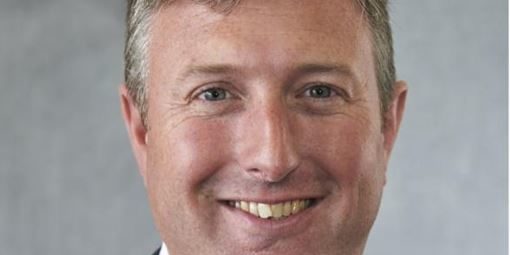 Austal’s recent US$44 million autonomous capability contract with the United States Navy is just the tip of the iceberg, as the we pivot to ride the tailwind of the sector’s rapidly evolving technological requirements.

Western Australian-based Austal, which is the builder of the US Navy’s Spearhead-class Expeditionary Fast Transport (EPF) vessels, secured the US$44 million contract to develop autonomous capabilities on the future USNS Apalachicola (EPF-13).

The technological modification to the original EPF design will harness the power of artificial intelligence (AI) to enable the 1,500-ton aluminium catamaran to operate either autonomously or in a manned configuration – a first for an EPF vessel.

The award marks new ground for Austal and instantaneously positions us as a key pioneer in the automated vessel space, but it is a development the company had been quietly preparing itself for behind the scenes.

In Austal’s 2020 annual report, released in August 2020, it was outlined that we had been undertaking research and development in the US and Australia to develop large autonomous or unmanned defence vessels that can operate at sea for extended durations.

In the following month, Austal was one of six companies awarded contracts totaling approximately US$42 million by the US Navy for Large Unmanned Surface Vessel (LUSV) studies.

DARPA signifying its intention to progress the No Manning Required Ship (NOMARS) program was a key moment that is part of a broader seismic shift in the future of naval shipbuilding, which Austal has swiftly recognised.

This recognition was highlighted by Austal creating the role of the Chief Digital Officer in July 2020 and appointing someone as extensively experienced as Company vice-president Andrew Malcolm to the position.

This shift in the naval defence industry materialised with the EPF-13 contract award, but that is just the tip of the iceberg because the move towards autonomous naval vessels is not just a fad, it is going to be the way forward.

While it is the US Navy leading the way in transitioning its vast fleet towards smaller, highly-lethal and more autonomous vessels, I believe that it will inevitably cascade through to other naval fleets across the world, including the Royal Australian Navy (RAN).

I am confident that RAN will follow the lead of the US Navy, and our longstanding relationship with RAN, in tandem with being at the forefront of developing these digital technologies, positions us in good stead to secure these contracts with them over the long term.

Autonomous vessels and digitally-advanced vessels more broadly will proliferate throughout navies across the world because they tick all of the right boxes; they are safer, more operationally efficient and more environmentally friendly.

These underlying benefits also make it an attractive proposition to the commercial vessel market.

Reducing the environmental footprint of a vessel is becoming increasingly more critical in a world targeting net-zero carbon emissions, for customers in both the defence and private sectors, with key stakeholders collectively intensifying their advocacy of proactive ESG initiatives.

Our MARINELINK-Smart system is now installed on new deliveries of our largest and fastest ferries, providing the crews with recommendations that help them to save fuel. This system can also be retrofitted on older vessels.

Austal is continuing to advance the data collection and analytics proficiency of the MARINELINK-Smart system, which feeds into the autonomous AI that is the brain of the system.

It is clear that the demand for battery-powered vessels is emerging, with Austal launching the VOLTA series of electric-powered high-speed ferries in January this year.

While large and fast battery-powered vessels have a lower carbon footprint than their diesel counterparts, they can still use as much energy per day as approximately 15,000 average Australian homes.

This is why the industry-leading MARINELINK-Smart system has immense value to customers, as optimising the endurance of a vessel has a substantial impact in reducing its energy requirements.

As the idea of eco-friendly ‘robot’ ships make the leap from science-fiction to reality in the international defence sector, we are positioning ourselves for a buoyant outlook in the shipbuilding industry.