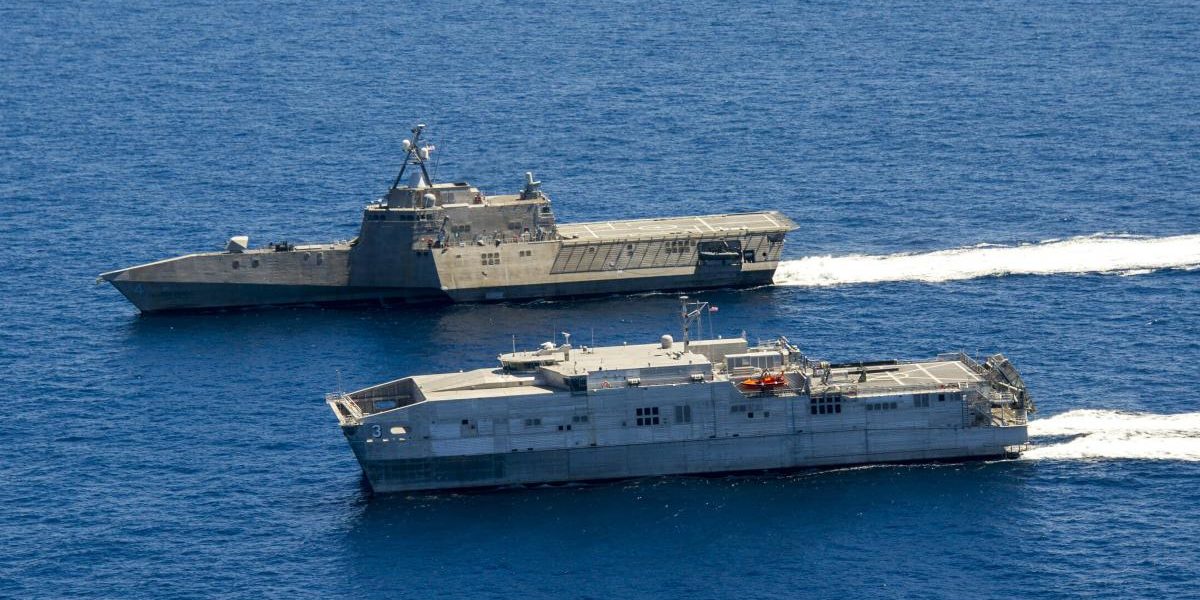 Perth shipbuilder Austal has come of age as the leading builder globally of large high-speed vessels with stellar results in the first half of the year.

The Alabama shipyard which builds two multi-hulled warships for the US Navy powered the result, accounting for 77 per cent of total revenue.

However the Perth yard also contributed 23 per cent as commercial ferry construction for export continued to rise – who said you can’t be profitable as an Australian manufacturing exporter.

Austal chief executive David Singleton said the new record came as the company continued investing in its yards, positioning Austal for the future.

Singleton said: “This included outstanding and hard won financial and programme improvements from our USA shipyard, which continues to go from strength to strength both in its new shipbuilding activities on the world-class EPF and LCS vessels (pictured), and in growing the ship support activities.

“Outside the USA we completed the construction of a new shipyard in Vietnam and a major expansion in the Philippines, each of which should deliver high quality vessels at an unbeatable cost base, in all probability for decades to come.”

All Austal vessels have a high level of Australian content both in terms of intellectual property and components and systems.

Austal now has an order book valued at more than $4.3 billion, is increasing the proportion of ship support services in its offerings and has 41 vessels under construction.

The company is now achieving a shipbuilding margin of 8.1 per cent in its US operation and saw a 42 per cent in Australian EBIT.

Singleton raised the company’s EBIT guidance for the full year to $110 million.