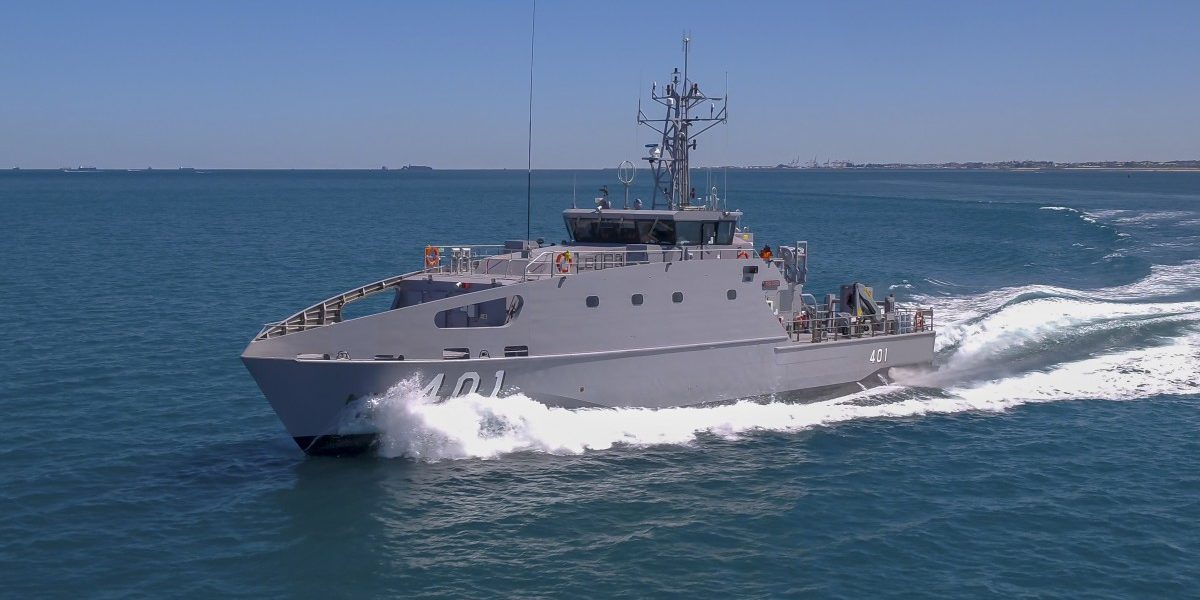 Shares of Perth global shipbuilder Austal (ASX: ASB) were today put into a trading halt that could last until Friday.

The company did not reveal why trading was suspended, however speculation is that it is related to an imminent decision by federal cabinet.

The Australian reported that Cabinet was to announce the winner of a $3 billion contract to build new Arafura class patrol boats for the Royal Australian Navy.

In vying for the $3 billion contract, Austal is teamed with German company Fassmer, and is up against a partnership of Lurssen, Damen and Perth engineering firm Civmec.

Whichever group wins, the first of the boats will be constructed in Adelaide, with the bulk built in Perth.

The Guardians are the first steel ships built by Austal which normally constructs in aluminium, with a contract win on a second steel vessel helping broaden the companies capabilities.