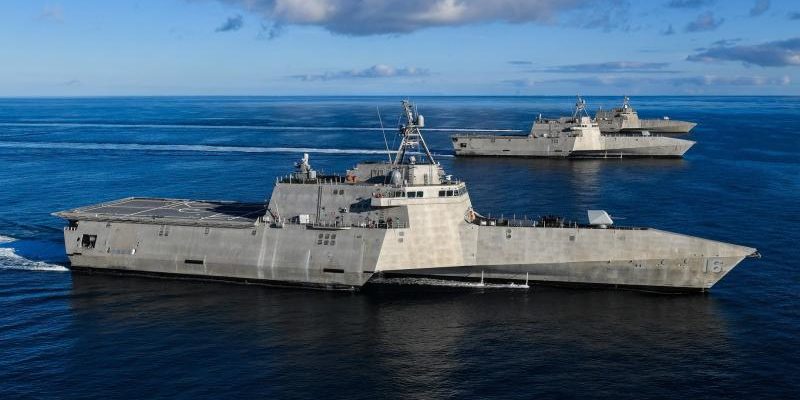 The manufacturer of multi-hulled aluminium passenger ferries and naval warships reported EBIT up 46 per cent to $92.8 million, on revenues up 33 per cent to $1.9 billion.

This translated into operational cash flows that were up 151 per cent to $164.5 million, with the company ending up with a net cash position of $150.7 million.

Austal CEO David Singleton said: “The strong cash and balance sheet position provides the capacity to invest in the business for further growth which is a position we intend to fully exploit.”

The company now has a massive order book of $4.9 billion, with 54 vessels under construction or scheduled at its seven shipyards in Australia, the United States, the Philippines, Vietnam and China.

The company won in the latest year orders for six vessels in the two classes of multi-hulled warships it builds in Alabama for the US Navy, bringing to 33 vessels its total for the USN.

The passenger ferry business is also strong, growing 65 per cent for the year on the back of new shipyard investment.

And the services part of its business continued to expand, accounting for 16 per cent of revenues in the year.

On the negative side the company has set aside $11 million for professional costs responding to an ASIC inquiry over disclosures related to a 2016 cost blowout on making USN ships.

Maintaining momentum in its US naval operations is a major concern Austal with the USN planning a transition away from Austal’s littoral combat ship class to a new frigate.

The company is one of four companies competing to develop the new frigate based on their existing, proven hull designs. It is also planning to compete for other US Navy programmes.