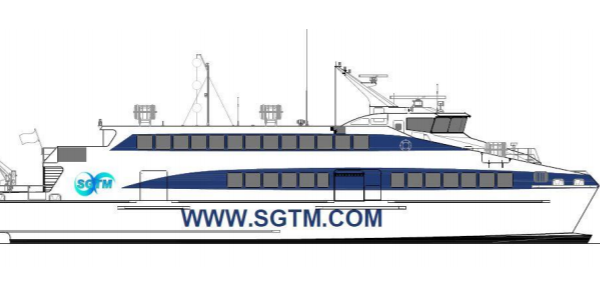 The vessel will be built at the company’s leased shipyard Austal Vietnam which is completing the construction of a 94 metre ferry for a customer in Trinidad and Tobago.

Austal builds aluminium catamaran and trimaran ferries and warships at its own yards in Perth, Alabama and the Philippines with the vessels having a high content of Australian IP and manufactured components.

Chief executive David Singleton said the contract would help the Vietnam yard build on its investment in facilities and people and indicated a potential for follow on orders.

The new build is the company’s first destined for the Comoros Islands and is based on a standard Austal design.

Singleton said: “In the highly competitive 40-50 metre high-speed catamaran market, Austal has led the global marketplace, with 80 vessels now built by the company since the early 1990s.”

The new Passenger Express 41 ferry will accommodate 400 passengers and mixed cargo of up to 20 tonnes, loaded by two ramps.

STGM Mauritius operates the Ntringui Express originally constructed in Perth in 1997 for a Japanese customer.