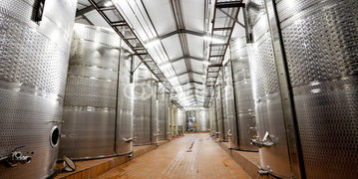 Trade minister, Simon Birmingham has reached agreement with the United Kingdom to secure Australian export trade for products should Britain depart the European Union without a comprehensive Brexit agreement.

Senator Birmingham announced that current EU arrangements would continue to apply to Australian exports to the UK post-Brexit.

“This will mean Australian exporters can continue to benefit from existing arrangements for mutual recognition as they do currently, even if the UK leaves the EU without an agreement,” Birmingham said in a statement.

“These agreements provide assurances to Australian exporters that they will be able to get their goods into the UK post-Brexit whether it be wine, medical devices or automotive parts without additional trade barriers or regulations.”

Senator Birmingham said the agreement would help minimise any disruption to Australian trade, with the government focusing on wine in its statement.

“On top of these, we’re committed to securing a comprehensive free trade agreement with the UK as soon as they are in a position to do so, which will even further boost trade flows between our two countries.”

A third of wine exports go to Britain, either for UK consumption or for bottling in the UK for distribution to Europe.

There is no guarantee in the statement that UK exports to the EU may not be disrupted, suggesting companies that supply out of the UK may have to make their own arrangements to supply the EU.