Australia – the opportunity to add value 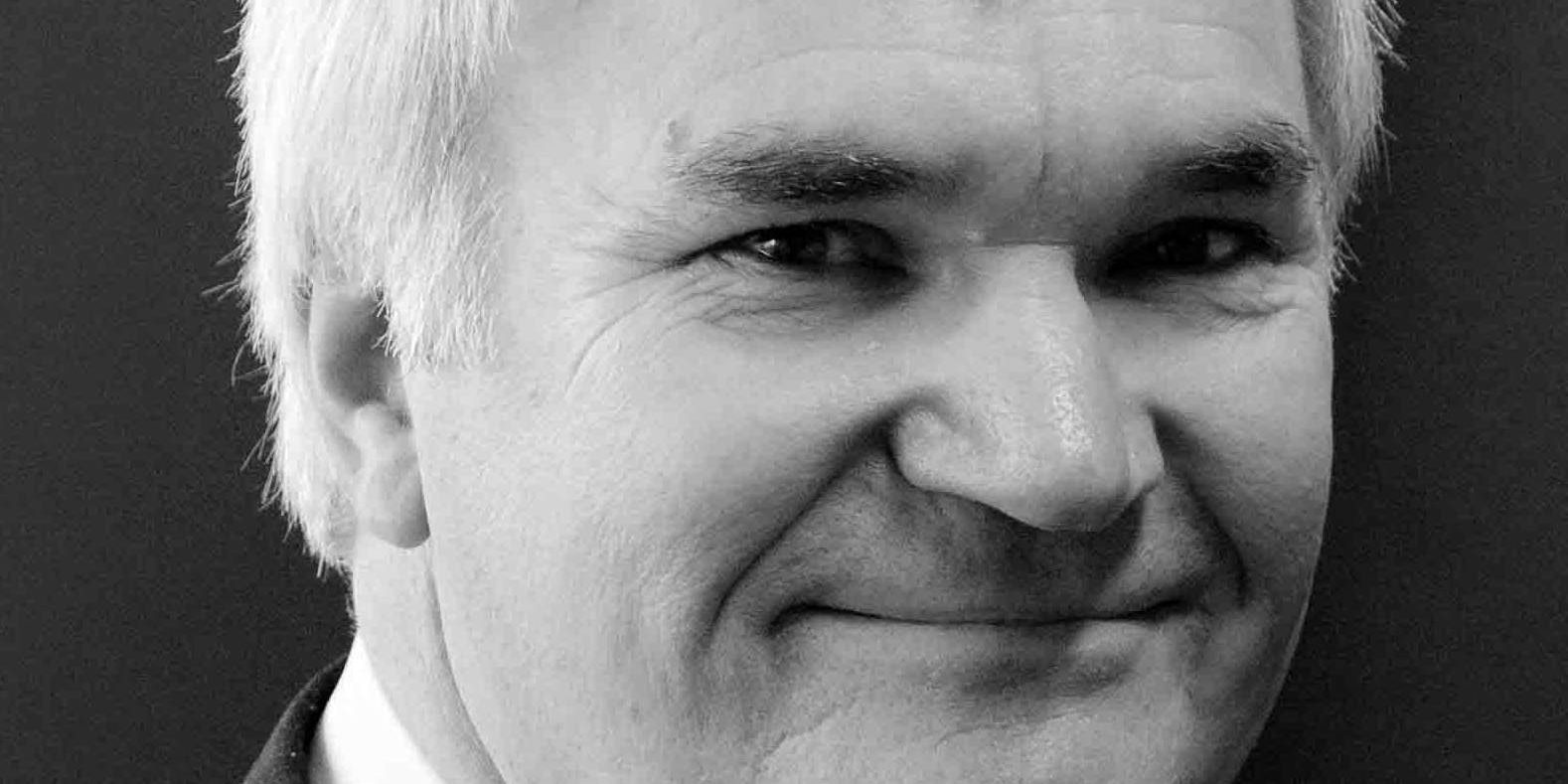 Australia has long been described as the “Lucky Country” and a “Land of Opportunity”, but it is also a country of dichotomy and of missed opportunities.

As an Engineer I like to work with facts, so here are a few which lead to Australia’s opportunities to be innovative, add value, promote advanced manufacturing, and create new job opportunities.

According to the World Bank, Australian manufacturing value added as a percentage of GDP has now fallen below 6 per cent.

This figure is the second lowest of all 32 OECD Countries, and more than two and half times less than the OECD average of 15 per cent.

Meanwhile, our mining sector is the world’s leading producer and exporter of many minerals that are of critical importance to future products and technologies, and yet we fail to add any significant value to them here in Australia.

According to the Australian Government Geoscience Australia website: “Minerals are an important part of the Australian economy, accounting for ten per cent of gross domestic product (GDP) in 2012-13.

The Australian Bureau of Statistics (ABS) reports that at June 2012 the mining industry employed around 266,000 people directly. Minerals are Australia’s largest export”.”

Compare these figures to data supplied from the ABS that Manufacturing accounted for only 6 per cent of GDP, and yet employed a total of 830,324 in 2016/2017.

It is clear that the manufacturing sector offers significantly more employment opportunities per percentage of GDP, than the mining sector.

It begs the question as to why adding value through manufacturing to these raw materials in Australia prior to exporting, is not being more highly encouraged.

To illustrate the incredible richness of Australia’s mineral wealth, the following table lists the minerals where Australia has the highest resources or production in the world. 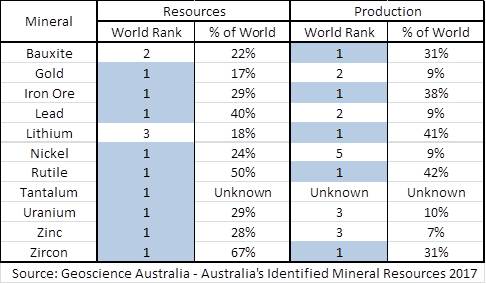 To add to this, Australia has the second highest global resources of Cobalt, Copper, Ilmenite, Niobium, Silver, Thorium and Tungsten.

Ignoring for a moment the fact that Australia is not only the largest producer/exporter, but also has the largest amount of resources of iron ore of any other country in the world – and yet imports steel, let us consider the potential of two more innovative and technologically advanced opportunities to add value.

Australia produces 41 per cent of the worlds Lithium, which is a key component for the manufacture of Lithium Ion batteries.

Ironically the country with the largest manufacturing industry for these batteries is Singapore – which has no Lithium resources at all, while Australia is a net importer of these batteries.

Rutile and Ilmenite are the key sources for Titanium, which has many applications including pigments, additives, coatings, medical devices, architectural, jewellery and glasses frames, but is also a key component for the manufacture of aircraft, armour plating, naval vessels, spacecraft and missiles.

The latter are all high-value high-tech advanced industries, and with the requirements for locally made Australian products recently released by the Defence Department, it would seem to provide a highly desirable opportunity to take raw materials being mined in Australia, and create a highly-skilled value-adding manufacturing industry. 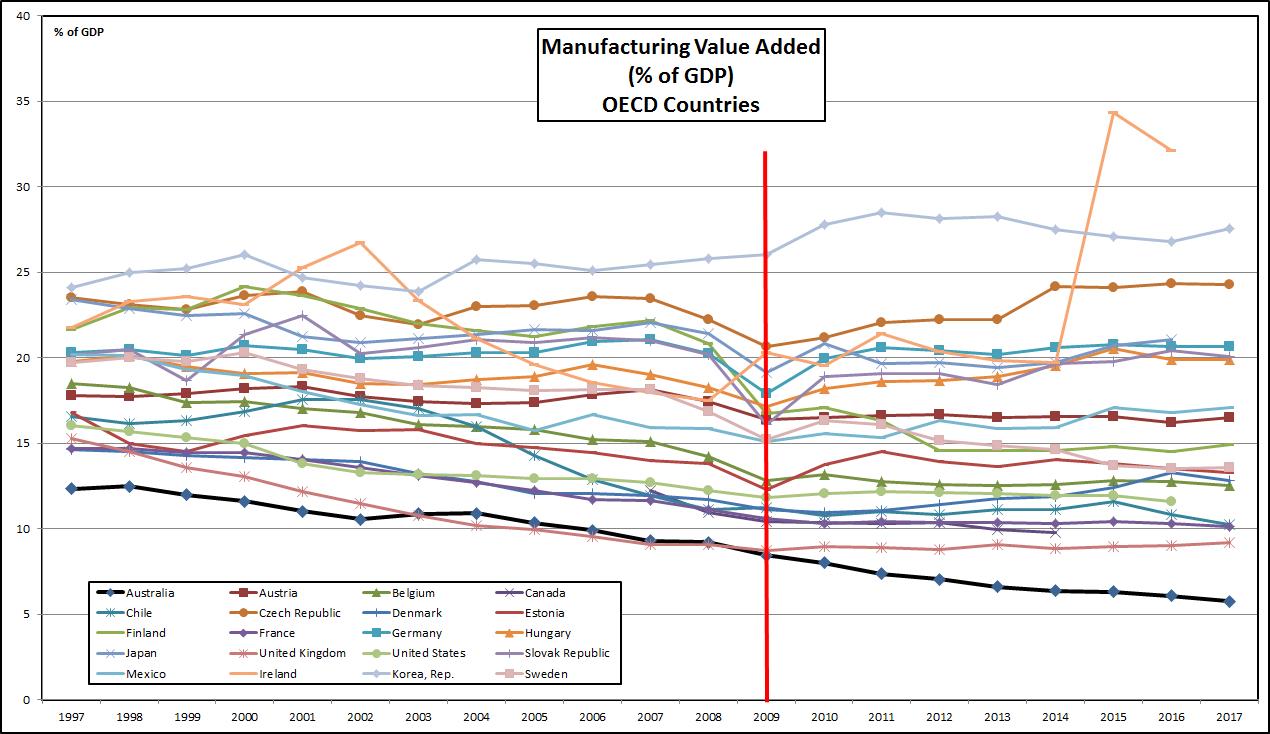 The manufacturing industries we have in Australia are amongst the best in the world, but the downward trend and the very low percentage of ‘Manufacturing Value Added’ must be ringing alarm bells.

Australian engineering ingenuity and skills are in high demand around the world, and many of the engineers from the automotive manufacturing sector have made their way to high-tech Companies such as Tesla, and other roles overseas.

If highly valued local skills are to be kept in Australia, we not only need to find ways to help the existing industry improve their global competitiveness and sustainability.

We also need to create new and innovative manufacturing opportunities that can add value locally, to at least some of the huge amounts of resources we are shipping off-shore to be processed, and then buy back.

Industry or government cannot do this individually and in isolation. They must work collectively and collaboratively to halt the downward trend, and turn the graph around before we lose even more key industries.