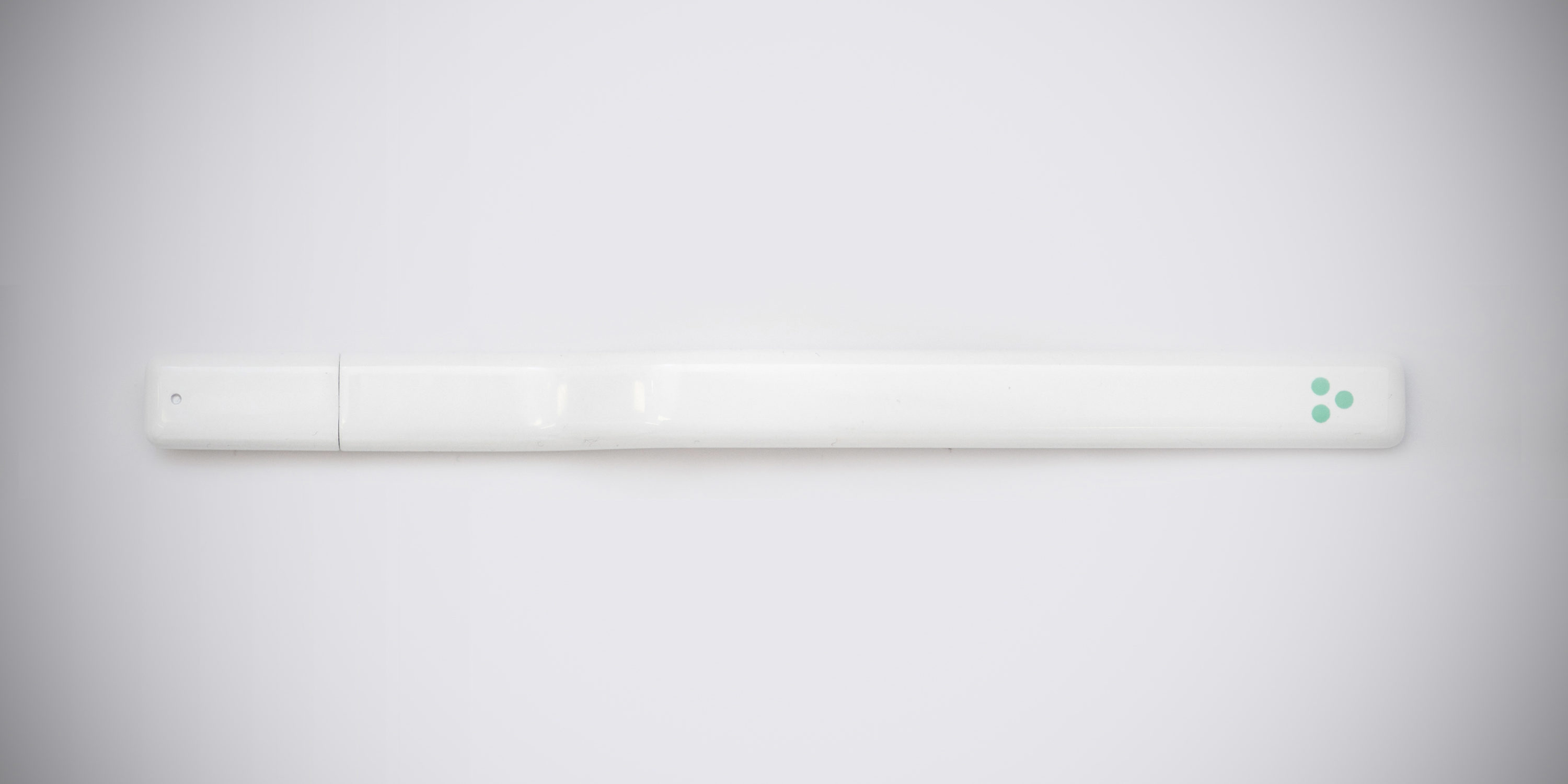 Last week a $3.5 million project was announced to bring a new Australian diagnostic technology to the world.

The project between Royal Melbourne Institute of Technology researchers, startup ESN Cleer and the Innovative Manufacturing CRC is “addressing the challenge of manufacturing and large-scale production” of specialised swabs.

If the work is successful, a new Australian-made invention will be on the market next year, enabling diagnosis of cardiovascular disease through biomarkers in saliva.

According to reports, test will cost only $30 or so, replace blood-based sampling, and give those at-risk a warning to take further action. The problem is not a small one, and it’s estimated 400 million people worldwide suffer from CVD each year, and that it is responsible for a third of all disease deaths.

@AuManufacturing: Tell me a little about your career path please and some of the work that has led up to the work on this diagnostic stick.

Professor Sharath Sriram: I’m a materials scientist and engineer, and we work with things at extremely small scales. So you’re talking about nanometres and microns, which is 1,000 to 100,000 times smaller than the width of a human hair. We try to create properties in such materials and then interface electronics to it so you can actually interact with those properties.

We make these devices for things like electronics, to make more energy-efficient electronics, or we make biomedical devices like this project, or we make optics. So it’s sort of a platform for a wide range of applications.

@AuManufacturing: What were some of the breakthroughs that have enabled what we’re talking about today?

Professor Sharath Sriram: I think one of the main things is how do you measure some of the key biomarkers as related to heart failure. So generally it’s done through a blood test, and obviously a blood test is never fun. Even if you don’t mind needles. And the other bigger problem is it’s usually done after you fall sick, because no one’s going to go, ‘Oh, I will just have a blood test to see how I’m doing.’

So we wanted to find a noninvasive way of people being willing to test in advance, and then that can predict if they are at risk.

@AuManufacturing: What were some of the different problems you solved along the way to developing this?

Professor Sharath Sriram: We have a strong record in developing miniaturised sensors. We developed sensors for monitoring ultraviolet light exposure. So when you’re out in the sun, how much UV exposure you’ve had so that you don’t burn your skin or you don’t develop skin cancer. So if you’re able to monitor the levels of exposure you can know to wear a hat or put on sunscreen. So we are developing sensors for that. Similarly we develop centers to monitor gases, so gases which are toxic or which are explosive.

All of these are miniaturised, and most of them had one key challenge where you needed the electronics to be small so the interface was portable. You don’t want a bulky device which is like a smart phone that you have to carry around everywhere. And so we were essentially developing a platform of miniature electronics, or things like electronic skin, which you stick on your skin and it does all the measurements without battery and wirelessly. So that’s sort of the platform of sensors. And then this question came, ‘can you actually measure things in saliva?’ And so we sort of modified our platform and essentially developed this.

@AuManufacturing: Is there any fabrication for this product that is novel or interesting?

Professor Sharath Sriram: We use microfabrication techniques. So these essentially have a miniaturised chip, which has a coating. So the functional coating is what reads the change in properties, and then it has some electrodes. So it’s like a miniaturised printed circuit board. So for the manufacturing piece, where that comes in, is these are all discrete competencies. You have miniaturised circuit board, you have miniaturised electronics and you want to produce them in large volumes. And again, when you want to measure biomarkers you wanted to be able to store your sensors for a long time. You don’t want to have to store them always in the fridge, or you can only make them and they’re valid for two weeks and you can’t put them on retail shelves. So those are sort of the challenges we are solving through the Innovative Manufacturing CRC project. 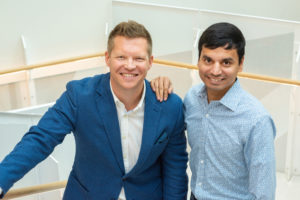 @AuManufacturing: In the release it mentioned some of this in the four different areas including optimising the sensor and user experience-driven considerations. Do these represent huge challenges, or are you sort of most of the way there?

Professor Sharath Sriram: So each of them are discretely mature technologies. We’ve used them in different platforms. It’s now about bringing them together into a seamless manufacturing process for this product. So that you can sort of integrate one on top of the other quickly and at a low cost for volume.

@AuManufacturing: Right. And so you mentioned a blood test before — that’s the sort of screening method you would be replacing with this as it stands?

Professor Sharath Sriram That question has two answers. Yes, you will replace the blood test, but actually what we are trying to do is to do something which is usually not done. Are people proactively testing their biomarker level to prevent heart failure.

@AuManufacturing: I think you mentioned in one of the reports I saw that it would be like brushing your teeth. So this would be something you do every day?

Professor Sharath Sriram That’s right. So one of the concepts is instead of having, say, a separate stick, you might actually include it in a toothbrush. So you don’t have to do an extra step. You brush your teeth, give a saliva sample, and you have data about your health.

@AuManufacturing: And so is the $30 price for the attachment on the stick, and is that disposable or is it something you keep for a long time?

Professor Sharath Sriram Really the concept we’re looking at is two-part product, so the handle is the electronics, so that is what would be $30. You pay for it, and you should be able to use it for a long time. So it would be rechargeable or battery-based and the electronics would stay. The head would be the sensor. Technically the sensors could be the reusable, but given you’re talking about saliva samples, that would be a disposable part. Again, from a usage point of view, it would be like you either buy a bunch in a retail shop, or you can sign up for subscription such that you get a regular number at home. And you try to build in a recycling model, because there would be some plastic in it. If people return it, you get a discount, that sort of thing, so that you can minimise waste. You can reuse parts, sterilise, do what you can with it. Or at least get into a proper recycling system. 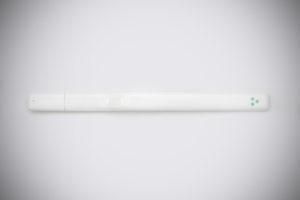 @AuManufacturing: And this is RMIT-owned technology that’s been licensed to ESN Cleer?

Professor Sharath Sriram The technology is the RMIT one and it is currently the licensing is being finalised, but yes, ESN will be licensing it from us.

@AuManufacturing: Could you tell us please about further validation, getting regulatory approvals, and any other difficulties in getting this to the market?

Professor Sharath Sriram Over the next year or year or two, in parallel with starting out large-volume manufacturing processes, we’ll be doing the regulatory work. Starting early next year it will undergo clinical trials with a contract research organisation, and so it will meet all the requirements for both TGA and FDA approval. The thing is, the regulatory approval will determine what sort of information you can display on the app, because once you go into being a diagnostic tool, you need regulatory approval. But if you’re just going to analyse and say ‘go see your doctor,’ it’s a slightly different thing. So one of those things we are working out, but given this is a noninvasive product it is much simpler. You’re not sticking it into the skin or into the body.

@AuManufacturing: Lastly, please share your thoughts on how satisfying it is to get scientific work out in the market and benefiting society.

Professor Sharath Sriram I think the real satisfaction in the project is the open partnership between the industry and academia because even if you’re making research breakthroughs, unless you’re partnering it and having it out in society, you don’t really see impact. So for any technology developed, you want it to have societal impact, and so there is a lot of satisfaction from this.

I think one aspect which we sort of touched on, and which you mentioned in the four points is the user-centric design. So one of the team members actually is an expert on product design, and based on user feedback. So it is not about we’re just manufacturing things and putting them into the product, but it’s about how will a user interact with it. What sort of materials would they be happy holding everyday, putting in their mouth? So all those aspects would actually shape the final product.

So you should actually come across a hearing aid product called Facett. It made a lot of news last year. They use minerals from the Melbourne museum to create nice-looking hearing aids. So if you make it a fashion accessory rather than a disability item. And so the researcher [Dr Leah Heiss] who worked on the Facett and developed it in one month is on this project also.