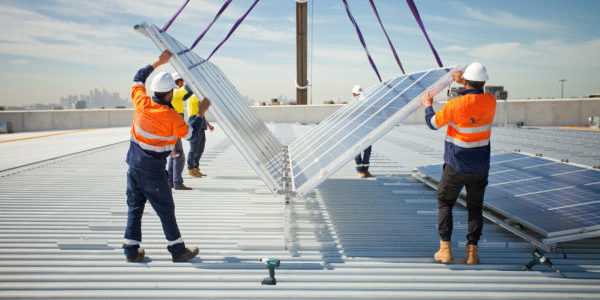 Solpod, which manufactures at Dandenong, was established in 2017, and its point of difference is its relocatable solar pods, which do not penetrate a roof. According to the company, its racking and mounting system, which uses an adhesive foam, enables large-scale owners to easily redeploy the 12-panel pods. This “enables commercial property owners to invest in a 20-year asset (solar systems) while mitigating the risk of 5-year commercial leases.”

“We often look at the asset operating for over 20 years but businesses can’t really commit to that, it is a very long time,” he said.

“Renters, in particular, are signing leases of five years.”

Last week ARENA announced it had committed $975,000 towards a project to install Solapod’s arrays at 25 sites in Queensland, NSW and Victoria. The trial, with partner ERM Power, represented a total installed capacity of almost 2.5 MW at “shopping centres, commercial and government buildings”.