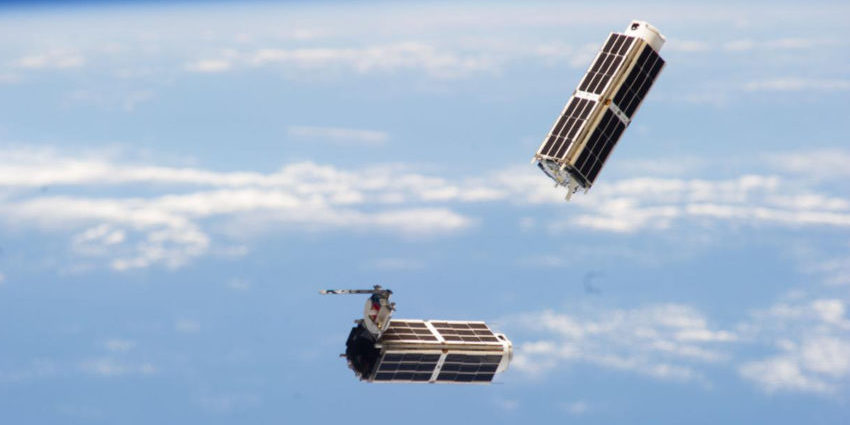 The A$245 million SmartSat CRC was awarded in April and has established a headquarters in Adelaide to co-ordinate its 99 industry and research partners.

Nikoloff, who is also a co-founder of Adelaide-based defence and space company Nova Systems, said the panel discussion would focus on highlighting the research and application of intelligent technologies to space systems and opportunity for Australia’s growing space industry.

He said the panel will seek to identify niche areas of autonomous systems and how the participating universities, industry and defence members could potentially exploit those opportunities.

“The intelligent systems from our perspective aren’t just what’s on a spacecraft, we’re looking at the whole chain that goes from the spacecraft down to the ground stations and the applications of how that information is being presented,” Nikoloff said.

Nikoloff said developing applications to process data and streamlining data transfer before sending it to Earth is critical as the sensing capabilities aboard satellites became more complex and data intensive.

“We need to look at processing data on board the satellite through the integration of big data and AI systems rather than sending all of the data down and then deciding what’s useful,” he said. This is important as data download via the Radio Frequency Spectrum is the bottleneck as the majority of the spectrum is licenced to big business and governments.

“The smaller spacecraft are very constrained on power availability and have numerous technical challenges such as heat dissipation, limited space availability and suitable space qualified processors. These are the areas we need to consider in developing advanced intelligent processing in orbit for smaller class spacecraft and a number of our partners are already starting to look at those areas of applications.”

“With the announcement of the program with NASA going to the moon, one of the areas of strong interest from the (Australian) space agency is around autonomous/intelligent and off-planet mining and the benefits that technology improvements would have for the Australian mining sector, which is already a world leader in autonomous mining. The SmartSat CRC will be working with the space agency to ensure we maximise Australia’s space research activities across the Australian space sector.”

Australian Space Agency Deputy Head Anthony Murfett told a space forum on Wednesday that many of the SmartSat CRC’s activities were consistent with the federal government’s Civil Space Strategy and its plan to grow Australia’s space economy from AU$3.9 billion to AU$12 billion by 2030 and increase space industry employment to 20,000.

He said the national space agency, which is based in Adelaide, would work closely with SmartSat CRC in several areas such as communications, earth observation, improving GPS resolution, space situational awareness and future R&D projects.

“As the CRC goes forward, one of the things the agency will do is continually inform the market about the opportunities we’re seeing where we can make particular investments so we can go forward as an industry together and show what we can do to the world,” Murfett said.

The South Australian Government also used “Space Week” in Adelaide to call for Expressions of Interest to join the Defence and Space Landing Pad at its Lot Fourteen innovation neighbourhood in the heart of the Adelaide CBD.

The space industry has a dedicated building in the precinct, which will be home to both the Australian Space Agency and SmartSat CRC, as well as a Mission Control Centre and Space Discovery Centre.

Lot Fourteen is being created on the site of the former Royal Adelaide Hospital to drive investment, innovation and jobs in deep technology industries and is already home to South Australian space startups Myriota, Neumann Space and Inovor.

Attracting space companies to South Australia became easier with the announcement of an Australia-United Kingdom Space Bridge that will mean Adelaide will become the natural landing pad for foreign companies looking to be situated near the Australian Space Agency at Lot Fourteen.

This story first appeared in The Laed, SA.