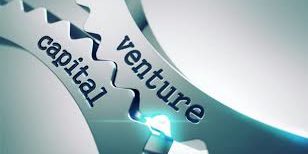 Venture capital investment in Australia reached a record high of $US 1.23 billion last financial year, according to figures compiled by KPMG.

This is more than seven times the total of venture funding raised in 2012/13 – $US 165 million – according to figures in KPMG’s Venture Pulse Q2 report.

“The past 12 months has seen Australia surpass previous milestones when it comes to investment in startups,” said the firm’s Amanda Price, head of Australia High Growth Ventures, adding that greater amounts continue to be raised by later stage rounds by companies such as Airwallex and Canva.

“There was some fall off in deal size and volume over the first six months of the year of 2019, something that could be attributed to a pause as investors considered the implications of the Australian federal election. However, we’ve also seen Australian VCs close large funds in the same period which would suggest we can expect to see the growth trend of startup investment continue.”

The report counted 17 deals struck in the April – June quarter, totalling $US 148.4 million. The number of deals was down from 23 in the first quarter.