Days out from the United Nations climate summit in Glasgow, the Morrison government on Tuesday announced a “practically achievable” path to reaching its new target of net-zero emissions by 2050.

As expected, the government will pursue a “technology not taxes” approach – eschewing policies such as a carbon price in favour of technological solutions to reduce emissions. Developing Australia’s fledgling hydrogen industry is a central plank in the plan.

This technological shift should not be seen as a cost burden for Australia. Yes, major transformation in industry is needed as it moves away from conventional fossil-fuelled processes. But this green industrial revolution is a potential source of great profit and prosperity – a fact Australia’s business sector has already recognised.

Acting quickly, and powering the shift with renewable energy, means Australia can be a world leader in green hydrogen technology and exports, particular to Asia. 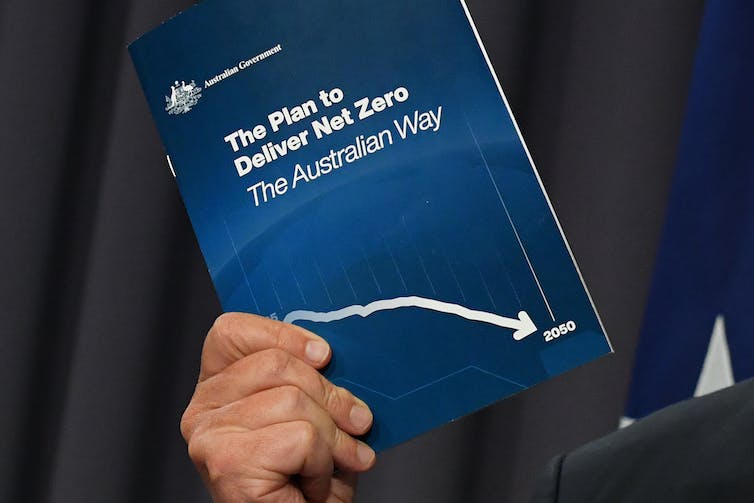 Hydrogen is at the centre of the Morrison government’s plan to reach net-zero emissions by 2050.
Mick Tsikas/AAP

“Blue” hydrogen is produced from coal or gas, with some carbon emissions trapped and stored underground.

A report released earlier this month found Australia could create 395,000 new jobs and generate A$89 billion in new trade by 2040 by investing in clean energy exports. Some of the biggest opportunities were in green hydrogen produced using renewable energy.

The National Hydrogen Strategy, published in late 2019 and spearheaded by then-Chief Scientist Alan Finkel, aims to make Australia a world leader in hydrogen. Under the most optimistic scenario, it predicts Australia’s hydrogen industry could be worth A$26 billion to the economy in 2050.

“We’ve set a goal of under $2 per kilogram and as we get to that cost-competitiveness we know we’ll see explosive growth in the deployment of clean hydrogen.” 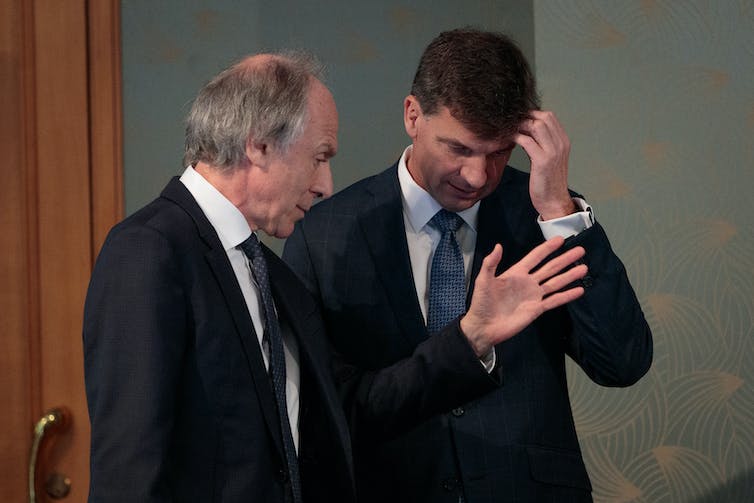 The revolution is possible

To bring down the cost of green hydrogen, it must be manufactured at scale. This is consistent with a vision of a global green shift in which clean forms of energy and production become so competitive they displace incumbent fossil fuel industries.

That is certainly the way Australian businessman Andrew “Twiggy” Forrest sees it. This month he announced his company, Fortescue Future Industries, will build a green energy manufacturing centre in central Queensland. The first step in the $1 billion-plus investment will involve hydrogen electrolysers, before the project expands to other green industry products such as cabling and wind turbines.

Forrest also intends to build a $1.3 billion gas- and hydrogen-fuelled power plant at Port Kembla in New South Wales and a plant in Brisbane, producing green ammonia for use in fertilisers.

Forrest claims there will be “no bigger industry” in future than green hydrogen and ammonia, saying it would dwarf the scale of iron ore and coal. The claims may sound outlandish, but history suggests they’re possible.

The oil industry, and its offshoots in cars and petrochemicals, grew to its mammoth size in the 20th century precisely because of industrialists such as John D. Rockefeller and Henry Ford. They understood that large investments at huge scale would trigger huge cost reductions as the market for goods produced by fossil fuels expanded.

Economics will drive the transition. The costs of green hydrogen will likely outmatch the costs of oil and gas, and so become the inputs of choice in making green fertilisers, green steel, green cement and fuel for heavy vehicles such as trucks and ships.

The business sector is not the only one blazing a trail. Several Australian states, including New South Wales, Queensland and Western Australia, are also seizing green hydrogen opportunities. 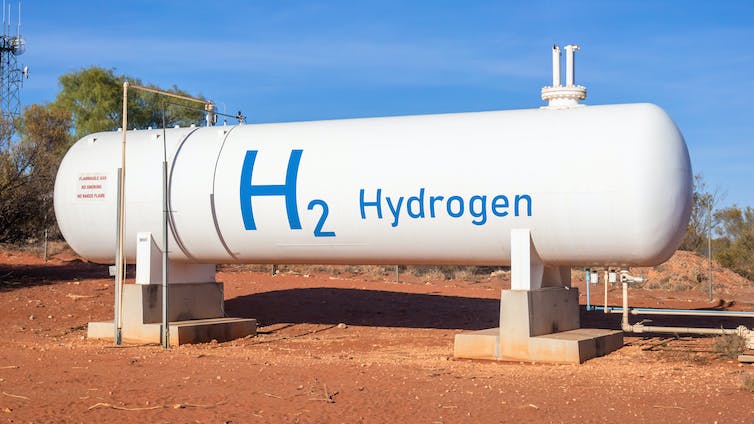 The Morrison government wants hydrogen produced at under $2 a kilogram.
Shutterstock

The future must be green

Much resistance to clean energy in Australia has focused on the costs of the transition. But in fact, it can be a path to prosperity.

There’s one important caveat, however. Minister Taylor said on Tuesday that his technology roadmap included hydrogen produced from coal and gas, saying “Australia has an opportunity to be a world leader in the adoption of blue and green hydrogen”.

But as others have noted, producing hydrogen from fossil fuels is a risky strategy. It can emit substantial amounts of greenhouse gases, and capturing these emissions at a high rate may drive up the cost of the technology.

This would make it far more expensive than green hydrogen produced from renewable energy, disrupting the cycle of cost-reduction and market expansion.

Taylor is right in saying Australia could be a global leader in hydrogen production and exports. But only hydrogen produced using renewable energy will bring about a true green industrial revolution.