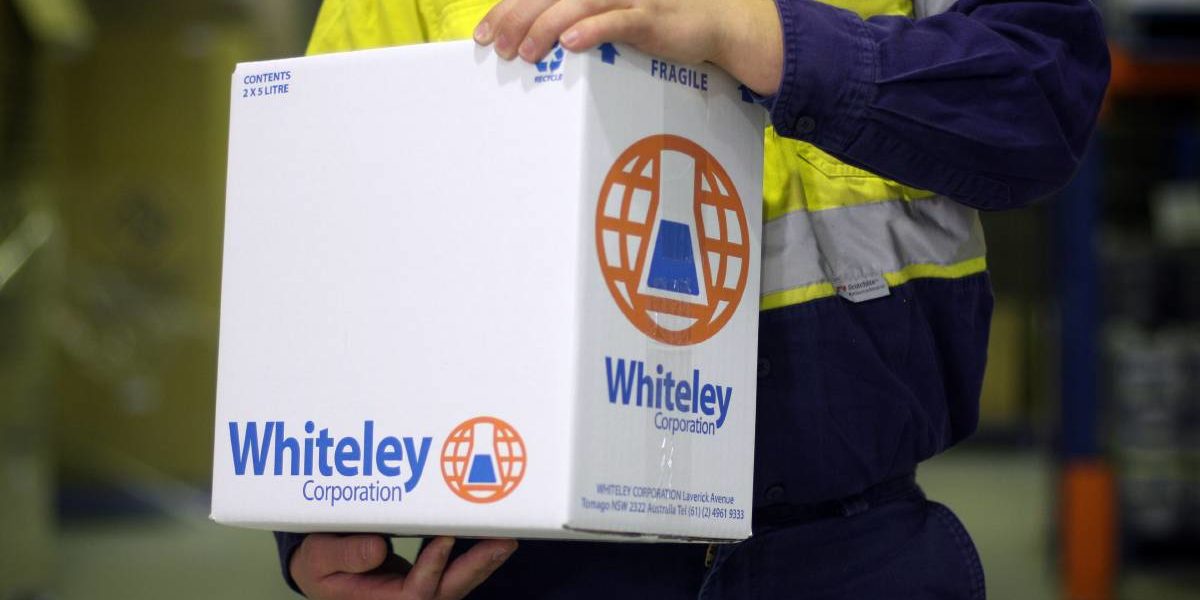 Hygiene, cleaning and infection control products firm Whiteley Corporation is next in @AuManufacturing’s Australia’s niche champions series. Cole Latimer speaks to chairman Dr Greg Whiteley about having to stay ahead on the science.

In the era of COVID-19, the world’s eyes are on the companies that are creating the products necessary to ensure everyone’s safety every day.

Manufacturers of medical-grade disinfectants and industrial cleaning products are playing a crucial role in combating the pandemic, yet not all companies are equal.

While major multinationals in the United States and Europe have been working to meet the growing global disinfectant and cleaning product demand, mid-sized Australian manufacturer Whiteley Corporation has been meeting this demand and preparing for the future.

The company specialises in hygiene, cleaning and infection control products, focussing on medical and industrial applications, putting it in competition with corporate giants like 3M, Johnson & Johnson, EcoLab, and S.C. Johnson and Son.

Whiteley Corporation recently rose to prominence after its hospital-grade disinfectant, Viraclean, was the first Australian product legally allowed by the Therapeutic Goods Association to say it killed COVID-19. This heavy-duty disinfectant proving a boon to transport companies, such as Qantas, in ensuring its planes are effectively sanitised to be safely reused by new passengers.

So, what has enabled Whiteley Corporation, a company self-described as born in the New South Wales suburbs, to not only take on the billion dollar global behemoths, but take the lead in developing new and innovative cleaning products?

According to Whiteley Corporation chairman, Dr Greg Whiteley, collaborative research has been the major driver for the company in carving out its niche and making it a competitor on the world stage despite its relatively small size.

Whiteley said they have over-invested in research, developing it as a bedrock for further manufacturing has led it to become the largest manufacturer of hospital-grade disinfectants and sterilants in Australia, allowing it to take on the big end of town.

“We’re the only Australian company taking on these all American or European businesses at this level,” he said.

“Realistically, there is daylight back to everyone else, the people we’re playing with are all global multinationals. So we have to stay ahead on the science.

“This is a reason we’re number one in that space in Australia and New Zealand, collaborative research, no one is doing more than we are. No one else does that, we’ve captured the whole value chain in that regard.”

However, it does not do this alone. The company has actively worked alongside universities and research hubs.

“All of our research, carried out with these Australian universities, goes into creating new technology here which is then developed and commercialised in Australia, made in Australia and sold and exported from Australia,” Whiteley said.

He explained that since the 1950s the company has been active in registering new patents, adding that this allows the company to punch well above its size in this regard, and is proud to use Australian research to develop new Australian products.

“If you factor in all our different operating locations then we have about 80 to 90 patents across the company, we routinely release research papers; I even have a position as adjunct fellow at the School of Medicine at the University of Western Sydney,” he said.

“We’re very unique in that way. No one in our sector does what we do, no one.”

Whitely said the company is now focussed on expanding its technical capability in NSW’s Hunter Valley, putting its research to good use as it strengthens Australia’s industrial and next-generation manufacturing capabilities.

“We’re about to build a new plant, it’s part of a $10 million project for a new therapeutics plant in Tomago, near the existing facility,” Whitely said.

“We’ve already bought another building where we will bring together our capabilities with advanced manufacturing technology, including the Internet of Things connections, digitisation, and robotics where we can; really utilising Industry 4.0 technology.

“All that neat stuff will be built into a medical manufacturing plant, and we will be doing it all in the Hunter Valley.”

As Whiteley spoke to @AuManufacturing, he was updating the company’s application for a $6 million research grant on solutions for biofilm infections with the Innovative Manufacturing Cooperative Research Centre (IMCRC) and the University of Sydney

The research will examine how to reduce biofilm infections on inanimate objects.

Bacterial biofilms cause both human disease and death, and these microbes are responsible for contamination in industrial and institutional settings.

“This manufacturing research project aims to commercialise a series of combination therapies being developed in collaboration with the University of Sydney,” he said.

“This research can also help ensure proper disinfection in places such as ambulances which need to be thoroughly cleaned after transporting patients,” Whiteley added.

He said in the wake of COVID the company is ensuring that it has a clearly articulated message.

“Applying advanced manufacturing techniques and automating functions of the development and production process from the start will provide operational efficiencies and drive outcomes,” Chuter said.

“It’s great to see a local manufacturer such as the Whiteley Corporation embrace research innovation and invest in advanced manufacturing technologies that will not only benefit the human health sector, but also the manufacturing community in the Hunter Valley.”