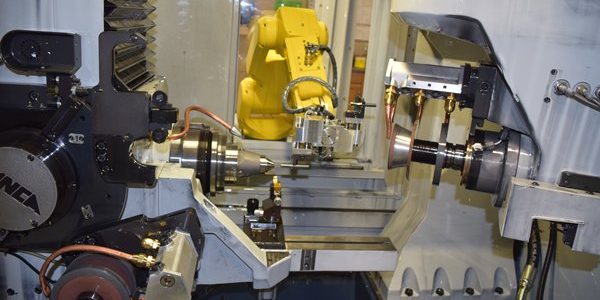 In this, the first in @AuManufacturing’s new series on Australia’s niche champions, Peter Roberts talks to Pat Boland, co-founder of the global tier 1 supplier of CNC tool and cutter grinders – ANCA.

Pat Boland (below) and Pat McCluskey were working at a factory at Footscray in Western Melbourne with some of the earliest numerical controlled (NC) machines when they decided to found Australian Numerical Control and Automation – now ANCA.

“We thought we could do something better based on a computer rather than specialised hardware,” Boland tells @AuManufacturing.

“So we bought ourselves a minicomputer for $4,000 and put on a demonstration at an Institution of Engineers meeting. We brought along some electric motors and made them spin.”

By adding the computer the pair created an early computer numerical control (CNC) machine which caught the eye of one of the many machine tool manufacturers in the city who gave them space in their factory to work.

“It was a different world back then, there were probably a dozen special purpose machine tool builders serving the car manufacturers. It was a level of industry which has completely vanished.

“Today the world is so much smaller and your market is bigger – you are not restricted to Australia. It does mean you are exposed to global competition from start up which does make it more difficult to succeed.”

ANCA was different from the other CNC machine tool builders who sprung up around this time – from the start it created its own highly flexible computer control software which it sells to others, as well as its own machines.

The company’s bread and butter was adding the CNC controls to a wide range of machines, with the founders settling on the niche of tool grinders when they decided to escape the ups and downs of the small Australian market and internationalise in the mid-1980s.

Tool grinders were definitely niche, but the global market was large enough to allow them to grow.

“And the geometry of cutting tools is actually very complex. Having our own control software was a distinct advantage.”

Boland says: “We had the classic case of all our assets on the line as the price of securing overdrafts from the bank. I don’t know whether we really understood the risks we were taking, but it worked for us.”

Innovation has always been a feature of ANCA’s success, with the company the first to enable measurement of tool geometry inside the grinding machine by use of a touch probe.

Today ANCA’s high end precision machine tools are still made in Melbourne, with less complex machines and sheet metal products manufactured in Thailand and some electronics in Taiwan. Machines vary in price from about $200,000 to $1.8 million.

More than 7,000 ANCA machines have been exported and feature in some of the world’s leading factories. Foxconn in China uses its machines, for example, to sharpen tools used to manufacture the metal cases for Apple iPhones and iPads.

During the Covid-19 pandemic orders have continued to come in, and Boland reels off a confidential list of some of the world’s top manufacturers whose machines are now being manufactured.

Boland say: “Ours is a niche, but it is a global niche and we are selling everywhere. Our tools are used in every industry, so when the world slows down, not every market area slows down at once. It is quite good.” 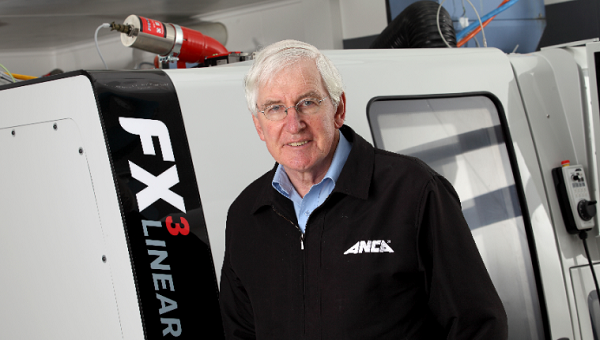