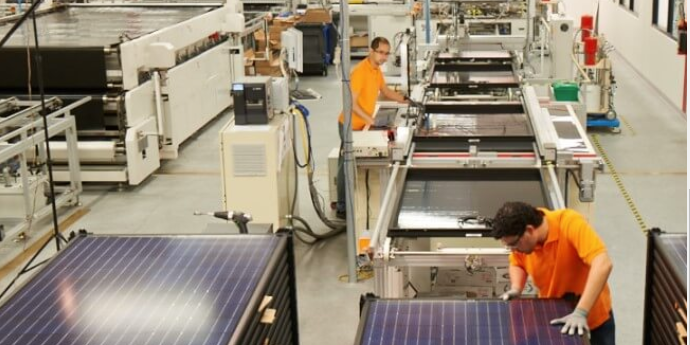 The company has begun work on a new building next door to its existing Mawson Lakes plant.

CEO Glenn Morelli told the RenewEconomy website that bulldozers were moving earth in preparation for construction of new offices, warehousing and a bigger manufacturing space.

Morelli said: “Our capacity right now is about 60 MW per annum, and we are hoping to increase that capacity by October.”

The new facility will bring onsite warehousing and logistics operations which will help reduce costs.

Tindo is waiting on news of a federal government grant which would further de-bottleneck the plant, increasing throughput.

The company is working as normal in light of the Covid-19 pandemic with social distancing well under control.

“There are only about seven people in the whole factory.”

Morelli said the company had been experiencing increased demand since March, with April sales beginning more strongly that March.

“More than ever there has been an upswell in the community that we need to be more self sufficient.

“We are getting a lot of people coming to us including government departments and agencies.”

When I visited the Mawson Lakes factory staff were at pains to point out the superior product quality of its Tindo Karra panel.

After eight years of production, the company claims failure rates 200 times lower that some of its competitors.

Tindo sits in the market at the mid to upper level, cheaper than the best Korean panels, and more expensive than Chinese.

Take a video tour of the Tindo factory here.