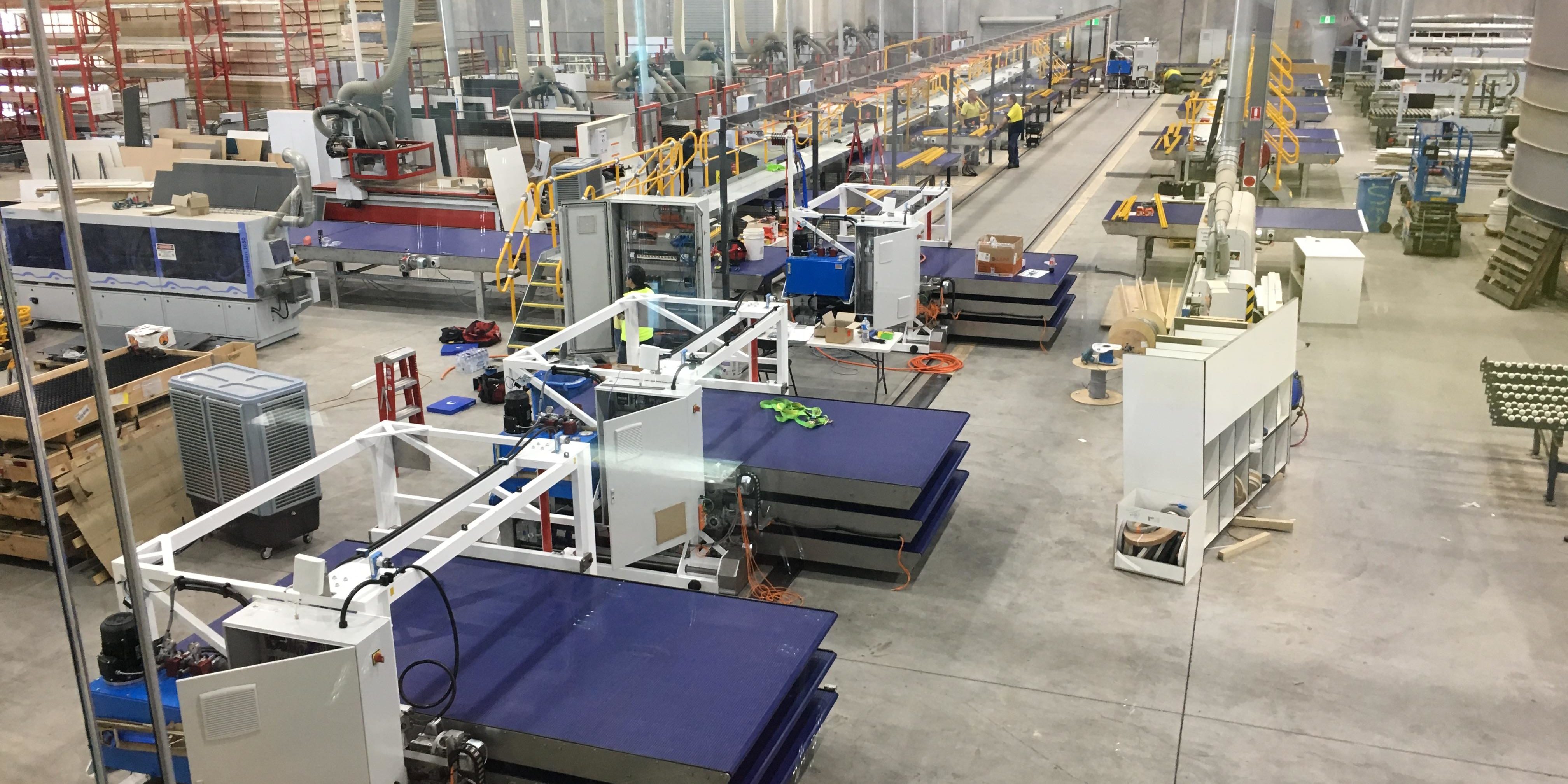 Well known machinery and automation CEO Gavin Dunwoodie, of Products for Industry group, posted the photograph above of the facility which had finishing touches completed over the New Year.

Dunwoodie told @AuManufacturing that the plant’s owner, who did not wish to be named, planned to construct another two facilities in Sydney and Melbourne, suggesting a shake-up in kitchen and other cabinetry sectors.

The photograph shows a massive state of the art facility where vertically accumulating equipment and trolleys would lead to reduced cycle tines.

“It is exciting to see it appearing in Australia.”

PFI was responsible for the plant’s shuttle system and in feed and outfeed conveyor systems, with another automation company completing the lions share of the project.

“Due to the sensitive nature and the intellectual property (IP) around what he’s doing, he (the plant’s owner) would want to secure his markets probably for the first part of the year before he gives away too many secrets,” Dunwoodie said.

“There is a lot more IP that no other company in the world is doing in this space.”

Products for Industry is a specialist turn-key provider of mechanical and electrical projects and manufacturing technology and automation.