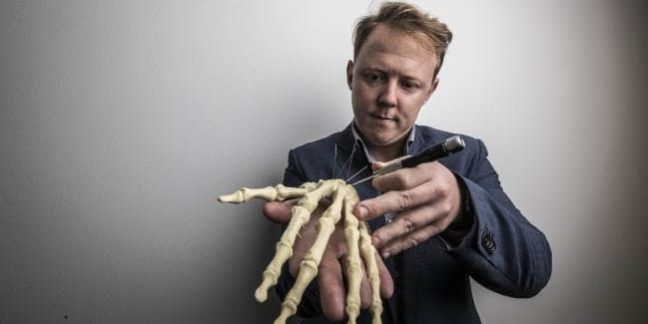 Some places are more ripe for innovation – change that brings improvement – than others.

According to Dr Chris Jeffery, co-founder of Field Orthopaedics and named one of Australia’s most innovative engineers last week, four out of ten orthopaedic devices lead to complications for users. There is clearly room for improvement.

Jeffery began his career as an electrical engineer in the army, before helping IED victims on deployment in the Middle East and being inspired to study medicine, founding startups working with ENT doctors, and then being convinced the real difference could be made in orthopaedics. His engineer’s focus on solving problems has remained sharp.

He started Field Orthopaedics in 2016 (among co-founders are two orthopaedic surgeons) to go to work on some of these.

Field’s first product to gain regulatory approval, the Micro Screw, received FDA approval in July 2018, and made US sales worth $900,000 in its first three weeks. The “world’s smallest cannulated compression screw” is sold in kits with other equipment for repairing hand fractures, is designed for superior attachment of small bone fragments, and is wire-installed for easier positioning by a surgeon.

When @AuManufacturing asks to be told more about TriFix, Jeffery says sure, but an explanation of the problem must come before anything else. The problem always comes first. And the problem, infection, is one of the biggest in his profession.

“In trauma surgery, like if you break your bone riding a skateboard or a bike or something and we wanted to fix you, or any other trauma – like a burst appendix – it’s as high as 5 to 10 per cent of the time,” he explains.

“And if an infection occurs, if a deep surgical site infection occurs, the average cost to the healthcare system to treat that is 100,000 US dollars. The increased time in the hospital is a month, and they have a 15 to 30 per cent chance that limb will get so heavily debrided that it won’t work or [gets] amputated, and they have a 5 per cent chance that they’ll die.”

TriFix is layered biodegradable polymers for controlled release of antibiotics at a site after surgery. Successfully done, Jeffery says, drug delivery should happen quickly, be held at levels an appropriate duration, and then disappear. Deliver too much too soon and the antibiotic doesn’t treat the infection for long enough, but might stay around in low enough levels to contribute to antibiotic immunity. Current treatments come with that risk.

The concept was inspired by surgical implants for breast cancer patients that include drug delivery,

“That is how I got orientated to the idea of using a pharmacokinetic control profile to release drugs and that’s how I started the journey looking at a treatment for infection in orthopedics,” he says. 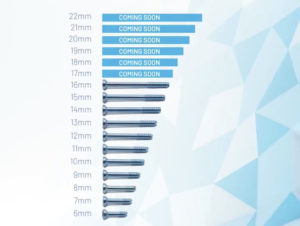 “I started just simplistically breaking it up into smaller parts and I came up with TriFix. TriFix is called TriFix because it has a triphasic elution [removing by dissolving] profile.”

It is one of 11 products in development or in the market, with three expecting approval for use within three years. According to an interview with Jeffery elsewhere, 100 per cent of the company’s profits will be invested in R&D over the next five years.

The product development pipeline is a full one, and devoted to improving orthopaedic surgeons’ work. Co-founder Dr Greg Couzens, a renowned Brisbane hand and wrist surgeon, visits the offices once a week to guide engineers.

Field has grown to 33 employees, with nine university interns on board as well. According to a release from the company, it is already worth over $100 million.

When we speak to Jeffery, he is in Italy for the launch of the Micro Screw in another new market. The week before were launches in several Asian countries.

The Micro Screw, which is made under contract in an unnamed country, has been a success.

Field is preparing to bring production of screw kits in-house.

“We’re currently trying to close a round. There’s a small monetary investment, and as part of that we need to raise the capital,” says Jeffery.

”It’s just a process of closing our capital raise and then we will invest into the facility and start manufacturing.“