‘Back yourself’ Treasurer Frydenberg tells business. But it’s not that simple 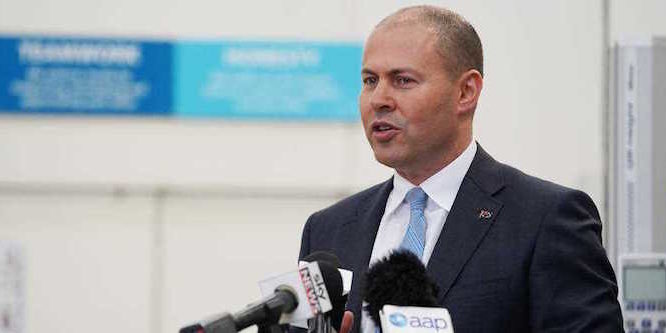 Treasurer Josh Frydenberg’s key message to business in a landmark speech on Monday was “back yourself”.

My message today for business is to back yourself and use your balance sheet to invest and grow.

With Australian corporates enjoying healthy balance sheets, record low borrowing costs and strong equity market conditions, the question is: are corporates being aggressive enough in the pursuit of growth?

According to Frydenberg too many businesses are using funds that would have once invested to buy back their own shares and return capital to their shareholders.

Why businesses don’t back themselves

He was effectively alluding to something that had come to notice as far back as the 1980’s and that has fascinated some economists, but mostly those outside the mainstream.

It is the incentive for firms to avoid the difficult and risky search for the long-term returns that can come from expansion and modernisation and instead maximise immediate shareholder value.

To the extent that it inhibits growth, it certainly doesn’t help the economy.

But if his speech was meant to be a piece of moral suasion directed at corporations, I fear it missed the point and might in any case be fruitless.

Put another way, investing in new capacity is ultimately about whether or not there will be demand for the goods and services that will be produced by the new capacity.

We’ve sluggish consumer demand, sluggish business demand, and are facing sluggish overseas demand in part because of an impending trade war and in part from a government over-reliant on using the Reserve Bank to stimulate the economy instead of its won spending.

In this sort of climate, I suspect no amount of moral suasion will improve the expected rates of return on investments in new capacity.

Investment can be counterproductive

The treasurer is aware that there is a demand problem, as his comments about trade agreements and public sector infrastructure projects indicate.

But in underplaying the need create demand, his calls for investments that boost labour productivity bring with them a potential downside.

Enhanced productivity growth in the absence of sustained improvements in spending is likely to cost jobs or force up unemployment.

Being able to produce more with the same amount of labour means less employment, unless demand is increasing.

Of course, when demand does take off the economy will need the capacity to meet it, so the concern with productivity enhancing investment is legitimate. But it helps not to have it until it is clear demand is going to take off.

Frydenberg might be leaning to the view that once productivity grows, demand will be taken care of.

It is a popular view; that greater labour productivity (more production per worker) will create the conditions for faster wage growth which will itself boost consumer spending.

Frydenberg set it out at the beginning of his speech. Economic growth was driven by population, productivity and (labour market) participation.

There’s even a view that technological change will itself create jobs and consumer demand.

It’s a debate with real world Australian resonance. If Australian businesses did boost investment as the treasurer wants, the improved productivity that resulted would necessarily generate unemployment unless demand grew alongside it.

The question for us is whether the productivity growth would increase demand in and of itself, or whether the government would need to act to make sure it happened.