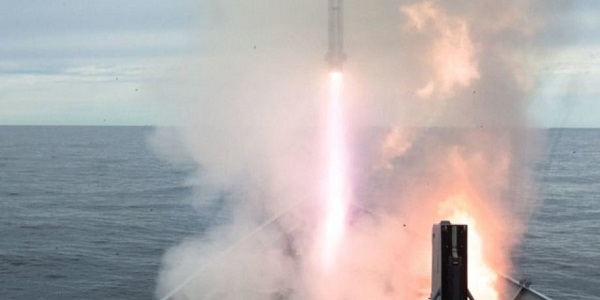 BAE Systems provides critical elements of Nato’s ESSM including locally developed launch sequence software and systems, with this contract a fillip to a network of Australian industry partners..

They will join with the UK-based prime contractor to deliver critical sub-assemblies into Block 2 of the ESSM programme under a new three-year full rate production contract with Raytheon Missiles and Defense in the United States.

Up to 33 Australian SMEs including RUAG Australia, Ronson Gears and Astute Electronics will manufacture and supply parts into BAE Systems’ manufacturing facilities at Edinburgh Parks.

The ESSM is a medium-range, surface-to-air missile developed to protect warships from advanced anti-ship cruise missiles.

BAE Systems Australia is the Australian industry lead in the NATO ESSM Consortium which oversees the program of up to 12 nations including the United States, Australia, Canada and Norway.

BAE Systems Australia has been involved with the ESSM program from the commencement of the Engineering & Manufacturing Development phase in the mid 1990’s through to Full Rate Production of the Block 1 missile, continuing its support on Block 2 development commencing in 2015.

The initial contract award covers the first three years of full rate production at a base value of more than $50 million and up to $40 million in quantity based options.

The Block 2 contract will also secure an enduring workforce of 35 engineers and technicians and establish a significant order book for future full rate production.