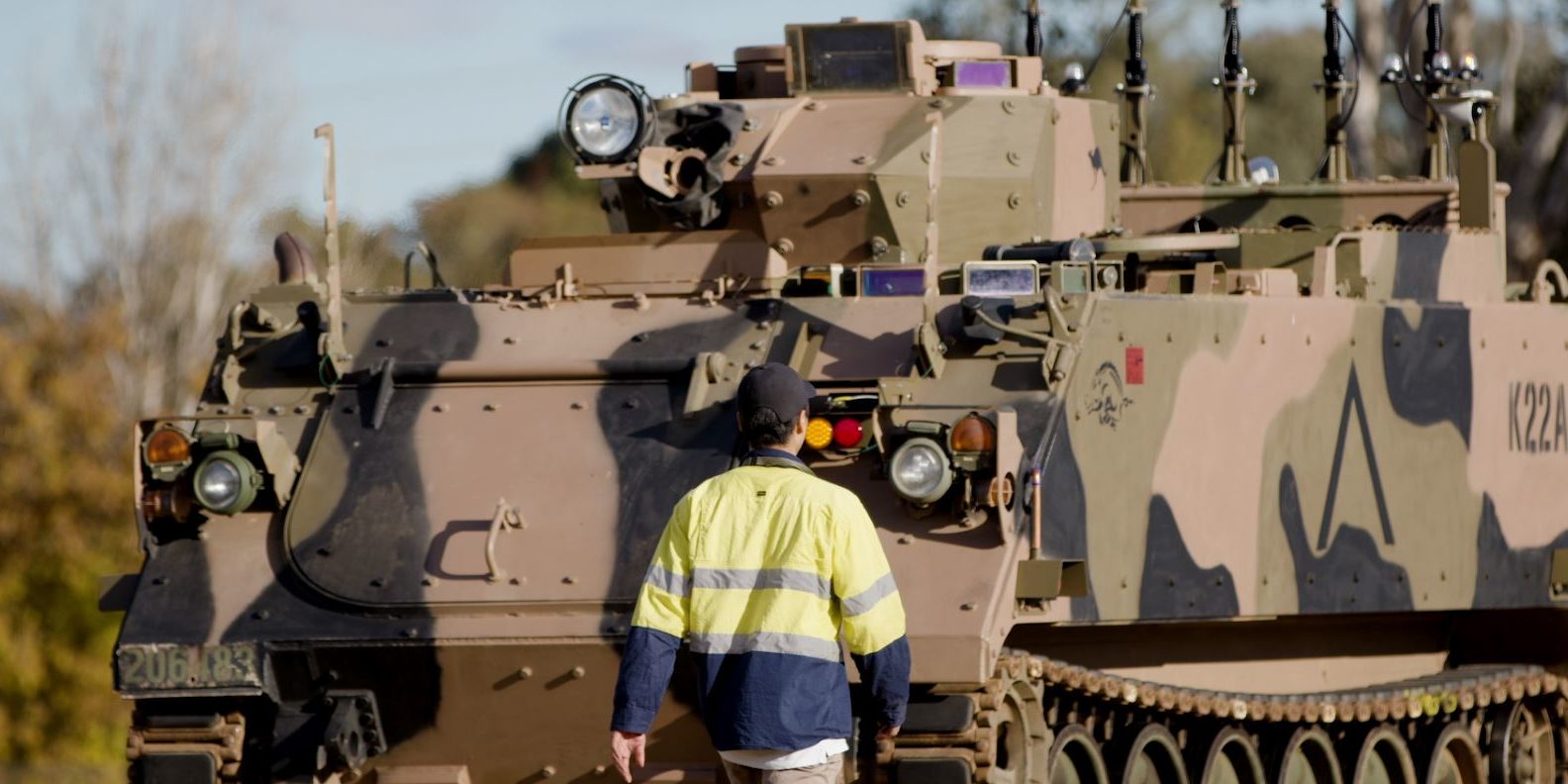 Each M113 AS4 was fitted with a Vehicle Management System, derived from BAE Systems’ domain agnostic autonomy technologies which enables it to operate autonomously.

At a recent inspection for @AuManufacturing news at the company’s Edinburgh Parks, Adelaide facility, the company revealed the vehicles’ interiors which are basically unchanged from the days used to transport troops to their destinations.

However instead of inward facing seating, there are racks of electronics and computers, with mechanical systems operating the driver’s controls for accelerating, braking and turning.

The vehicles are equipped with exterior vision systems and connected to each other.

Four of the demonstrator vehicles were recently trialled as part of Exercise Koolendong, a high-end live-fire warfighting exercise in the Northern Territory.

The army successfully tested the limitations of the vehicles and the autonomous capability in harsh conditions within the combat environment.

BAE Systems Australia Director of research group Red Ochre Labs Adam Watson said: “It’s exciting because we have a unique opportunity to partner and work with Army to develop this technology together. This way we can ensure the best capability and value for money.”

The army has operated M113 armoured personnel carriers since 1964, seeing service in Vietnam Somalia and Rwanda.

The latest purchased by Australia were recently refurbished, however they are now obsolete as people-carriers because they lack the armoured v-hull of modern vehicles such as the Thales Bushmaster and Hawkeye.

However they can have a future life in the battlefield driving in convoy, controlled by and screening a main battle tank, either patrolling ahead in reconnaissance roles, mounting sensors and offensive weapons, or bringing supplies to our troops or evacuating the wounded.

The project began in 2019 with the team installing hardware and software into two M113 AS4 Armoured Personnel Carriers to allow soldiers to operate them autonomously.

The scope was extended in 2020 with a further 16 M113 AS4 vehicles converted to OCCVs, enabling them to be operated autonomously or as a standard crewed vehicle.

The project will now enter the next phase, where the army will test and trial the fleet of OCCVs through a multitude of activities.

BAE Systems’ team will continue to work closely with the army to capture feedback and enhance autonomous capability through capability upgrades.

The company has also conducted work at the Australian Centre for Field Robotics at Sydney University, and has developed as a centre for autonomous technology within the global company.

“The company continues to invest in Australia’s world leading capabilities as part of the Trusted Autonomous Systems Defence Cooperative Research Centre, and is proud to enhance the research skills and capabilities of the Australian Defence industry through collaborative research across defence, industry and academia.”